Today I visited the NAIAS (North American International Auto Show) better known as the Detroit Auto Show. I have always had a feeling that every other year the show is worth seeing. It always seems like all the launches and concepts come one year and then the next year the brands take a break. However, since the recession of ’08 it seems as the companies are staggering their releases, so every show since then has had at least a few things to take away from it. I went in to this years show not thinking it was going to be very good but there is something about the Auto Show that no matter what is there, I leave inspired. It must be all the bright lights and mirrors.

Check out a few of my thoughts on some of the vehicles below. And if you get a chance go see the show when it opens to the public on Friday. 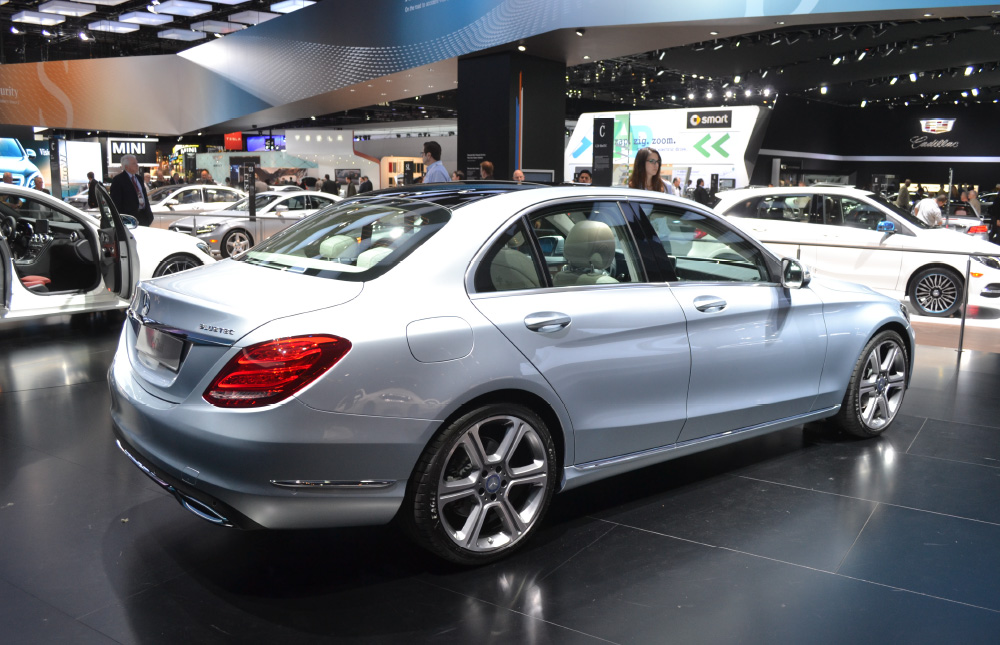 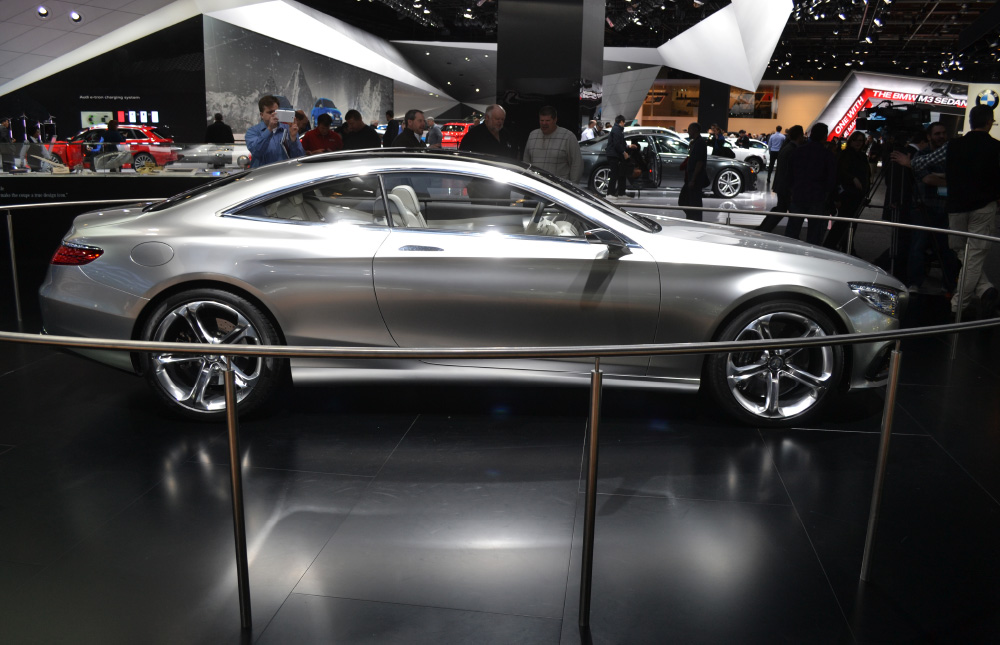 Mercedes :: Vehicles You Have to See in Person to Appreciate

It’s easy to love a Benz for being a Benz. It’s a name that is synonymous with luxury, so naturally everyone gives accolades to the brand without actually interpreting the vehicle. I, however, am not one of those. I have been less than inspired by the Mercedes product for the past decade and have actually criticized it quite heavily. Not that I didn’t think they weren’t great cars, I just felt they lacked a true opinion. With the recent S-Class refresh it has really given the brand a new sense of life. I must say when I first saw the S-Class in press photo’s I wasn’t impressed but I truly appreciated it once I saw it in person. The car has such presence and it is highlighted perfect in the S-Class Coupe Concept. It is beautiful. It makes such a statement, one that has been lacking from the brand for years. Now with the unveiling of the C-Class it really carries that statement down, proportionately well too; throughout the whole line. All the way from flagship to entry level. Which is not an easy task. 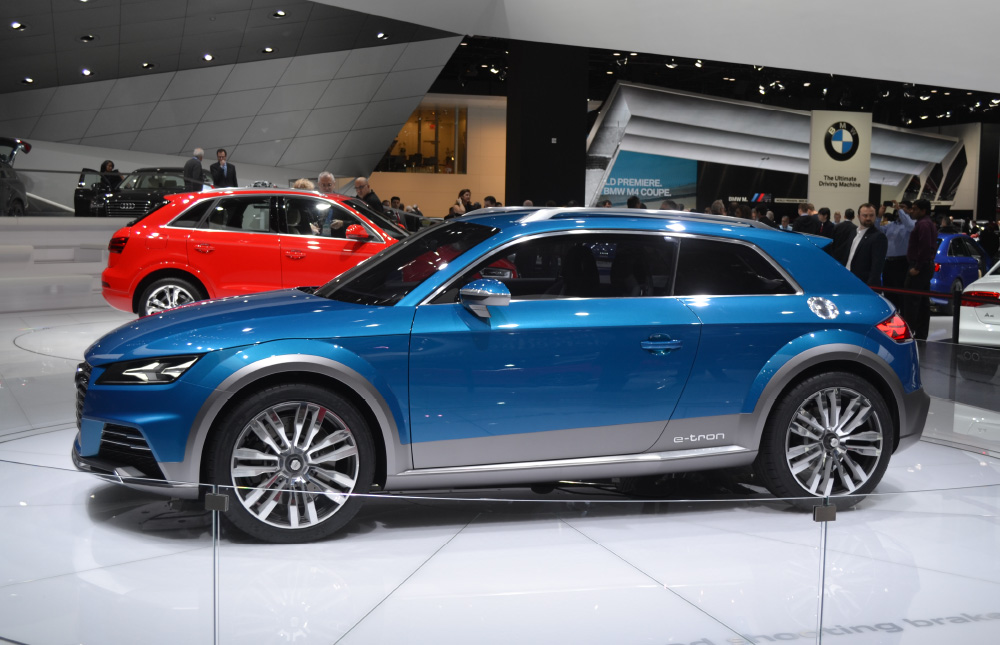 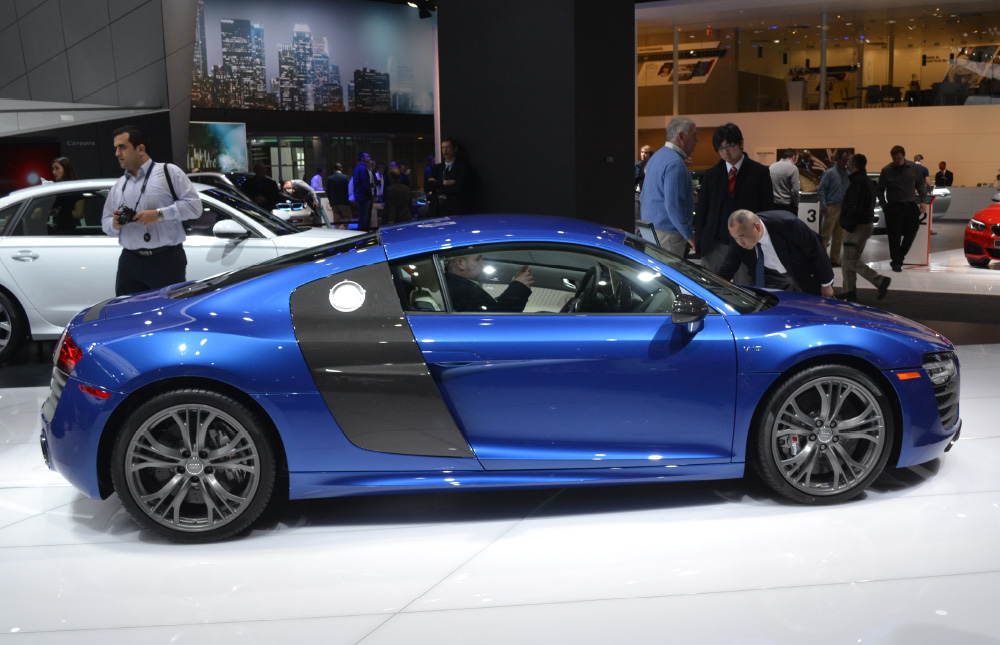 Audi :: I am Concerned for the Brand

I love Audi as much as the rest. It’s executed well. It is clean. It is significant. It is the epitome of German design. But I must say I am very worried about their future. Their styling is becoming so predictable. They unveiled a new concept at the show, the All Road Shooting Break; and it was nice but I feel like every concept they have created in the past five years is exactly the same. It is great to be consistent but it’s another thing to be predictable.

As for the R8, who doesn’t love mid-engine supercars? 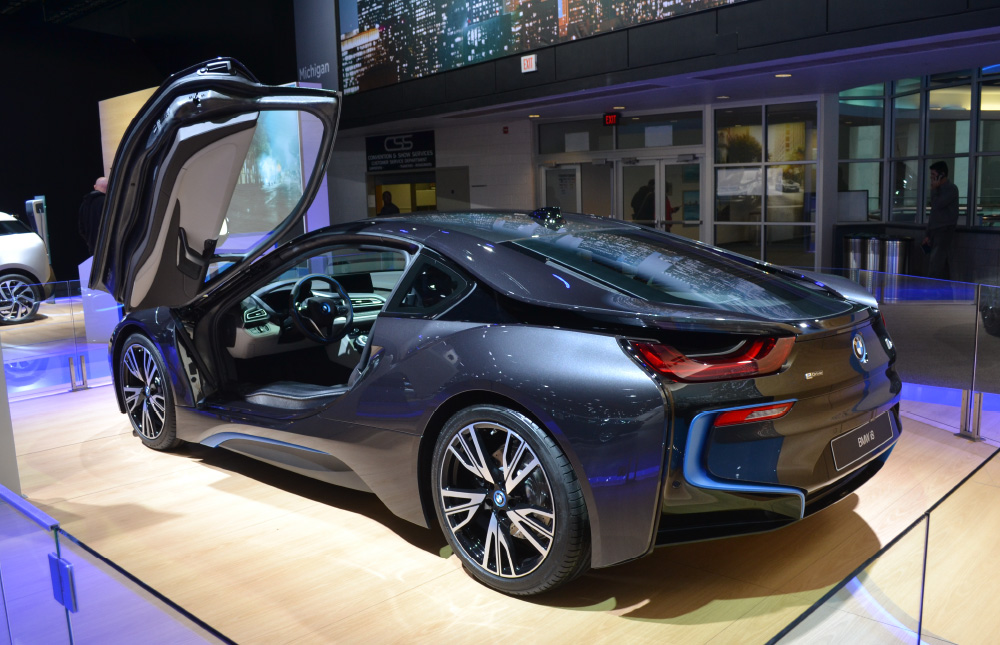 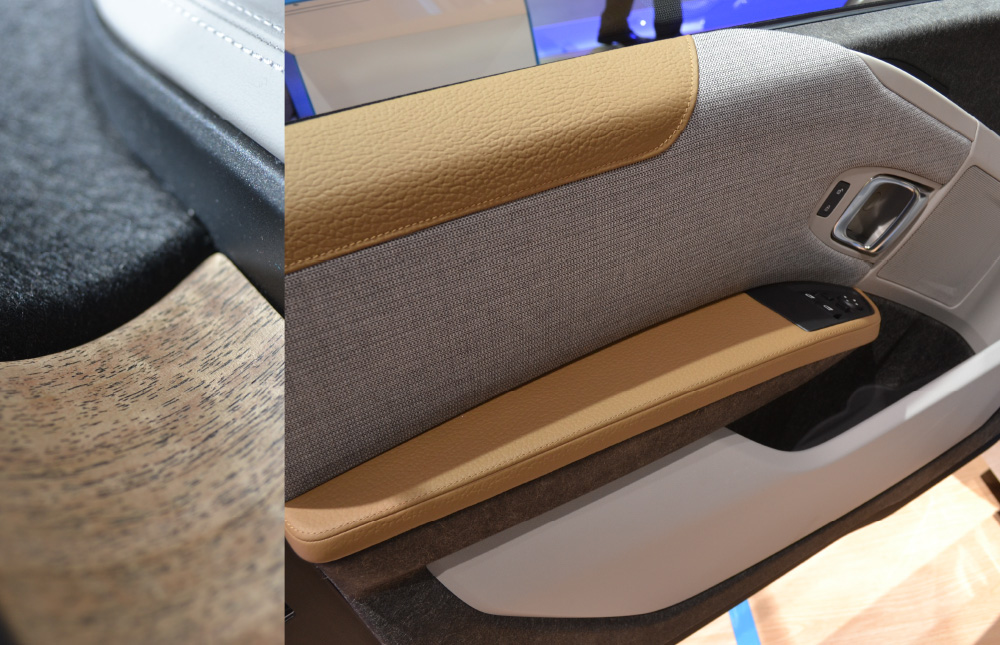 Rarely is a concept car taken to production to the level of the BMW iCars. The i8 (up top) and i3 (interior shown) are beautiful and definitely take the automotive industry in a new direction. Both of these cars are fresh. Especially the interior of the i3. BMW has found a way to make recycled materials look beautiful and they did it by keeping it simple and too the point. They let the material be the aesthetic as opposed to forcing a new process into something it is not. 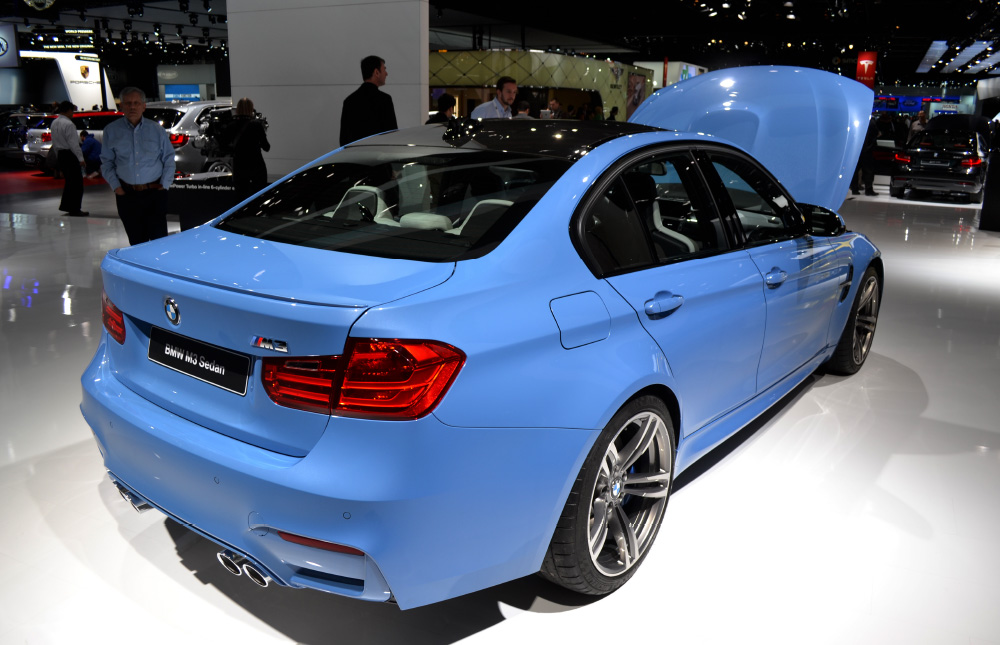 When I was in high school, the biggest car dream I had was to have an e46 M3. There was nothing more pure to me. That’s why I must say that the new nomenclature name system for the M cars is disgusting to me. It has thrown away everything they have built. I get the rationale behind it, even numbers for coupes and odd numbers for sedans but it seems unnecessary. I don’t believe for a second that the consumers needed clarification as to what the M3 coupe and M3 sedan is. But none the less, here we are, and outside of that minor blip these cars are flippin’ beautiful. I was a little shocked at how large they are, especially the M4. I didn’t expect it to have the interior room it has. One thing that I really loved was that the launch colors, the greenish gold and the LeMan’s esque blue, were nice nods to the launch colors of my beloved e46. Nice touch BMW, nice touch! Especially the gold calipers. 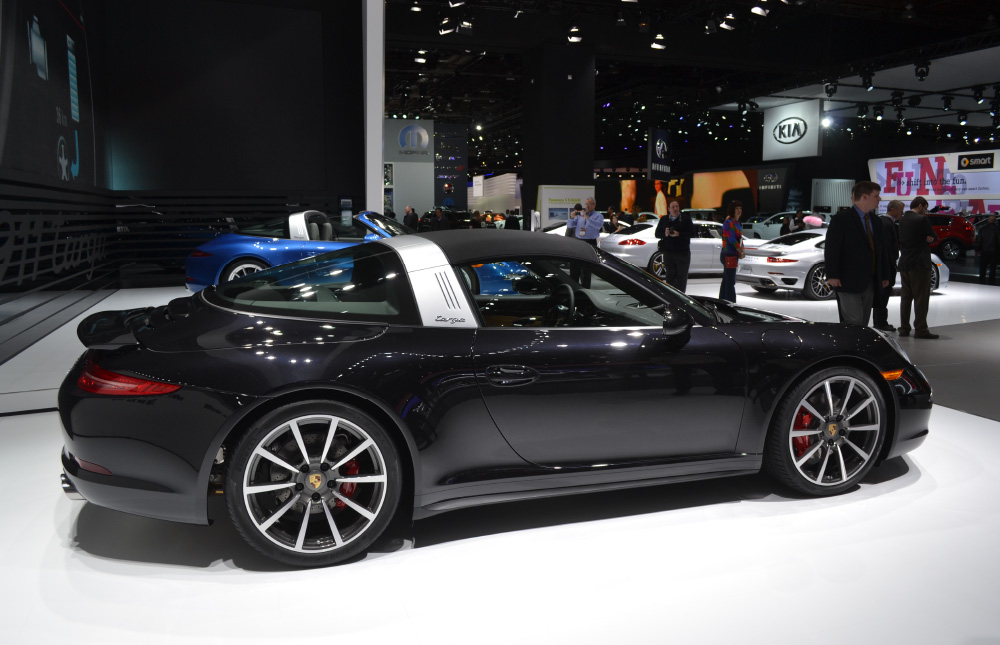 I love the 911. To me it is the perfect vehicle. I could go on and on as to why I respect the hell out of the 911 and why it is the greatest product creation ever, not just automotive either. But I will spare you and tell you why I don’t like this Targa. I don’t like the aluminum finish for where the Targa top meets the body. It is too much of a focal point. I think the material is a fine choice but the finish is too bright. It takes away from the simplicity of the car. I bet it looks great on the silver car and some of the grey cars as well but it clashes too much with high contrast colors. I know this is a heritage play but it makes it feel like a gimmick. I also am caught of guard as to why the targa top itself, is a soft top? It doesn’t bother me but I am still confused by it. 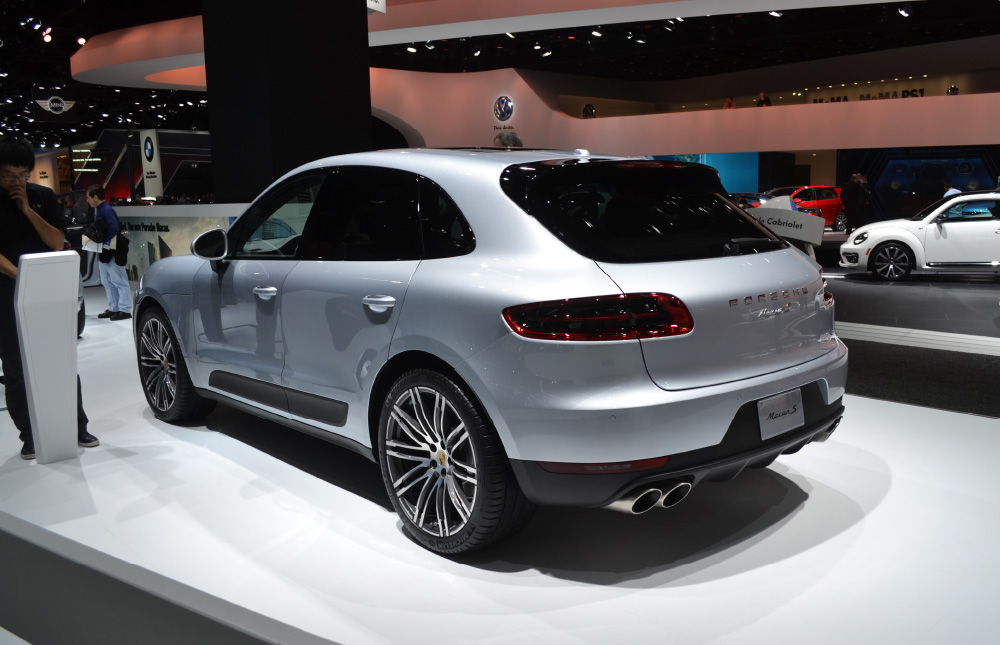 Porsche Macan :: The Car I Most Want My Wife to Have

Not much else to say about it. She would look great it in it.

Also the small, highly expressive coupe SUV was one of the biggest trends at the Show. It will only get bigger over time. 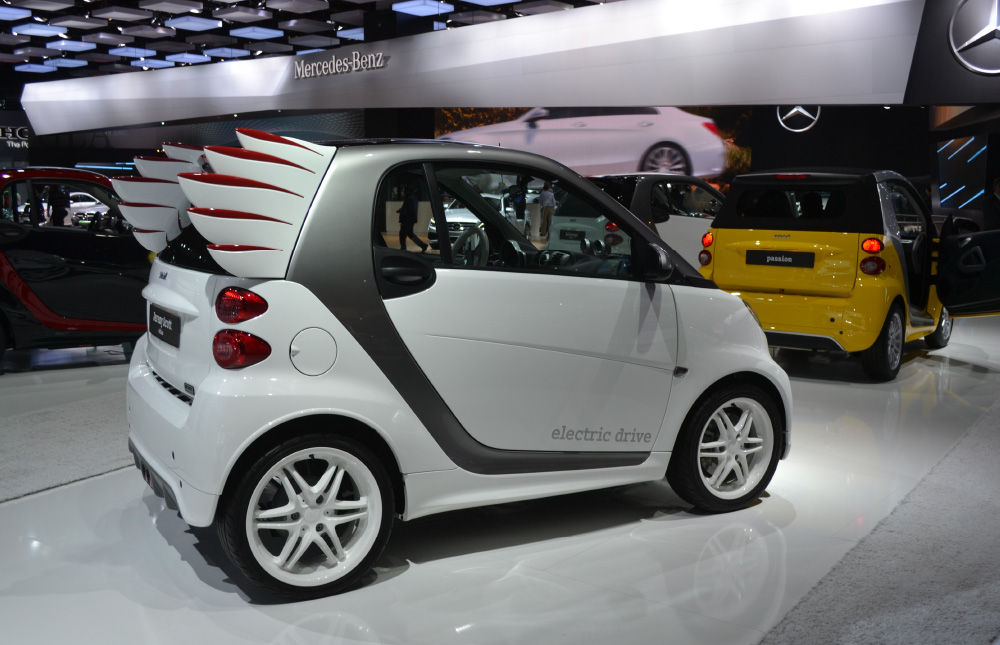 Smart Jeremy Scott Edition :: I Wasn’t the Only One Representing Streetwear at NAIAS this Year

I am not a Jermey Scott fan, I don’t get his aesthetic. I feel it lacks thought but I like really deep meaning product; so to each their own. I don’t think anyone at the show today new who Jermey was, so it amazed me that people were looking at this car seriously. But good for him for taking his aesthetic to a new area of creativity, not many people can say they put wings on a car and made it too production. So Good For Him… 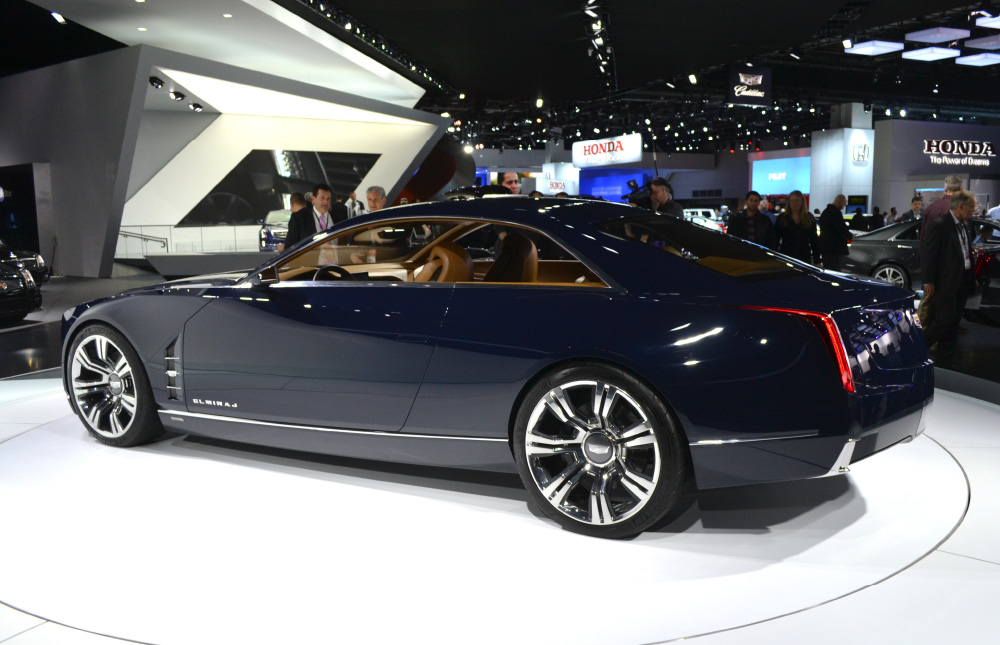 This car is exactly what American luxury cars are about. They have presence. They are bold. They are sophisticated. 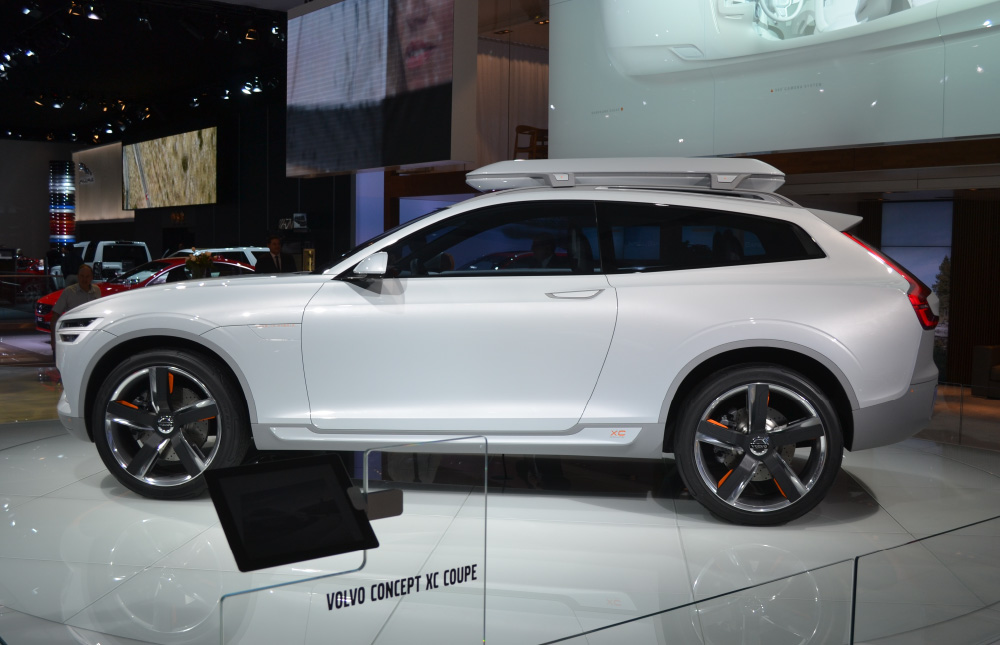 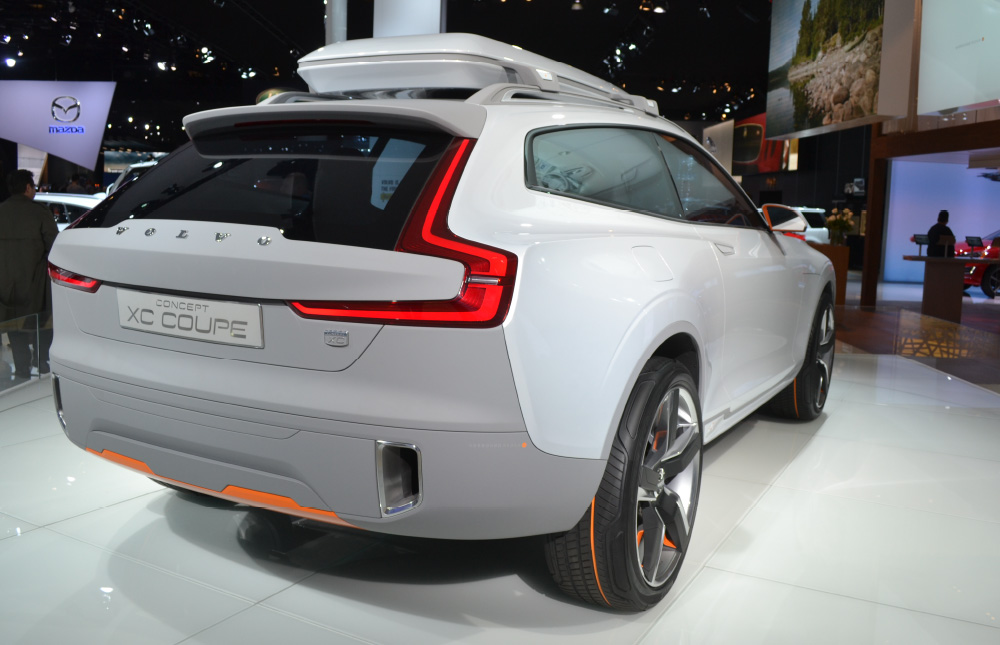 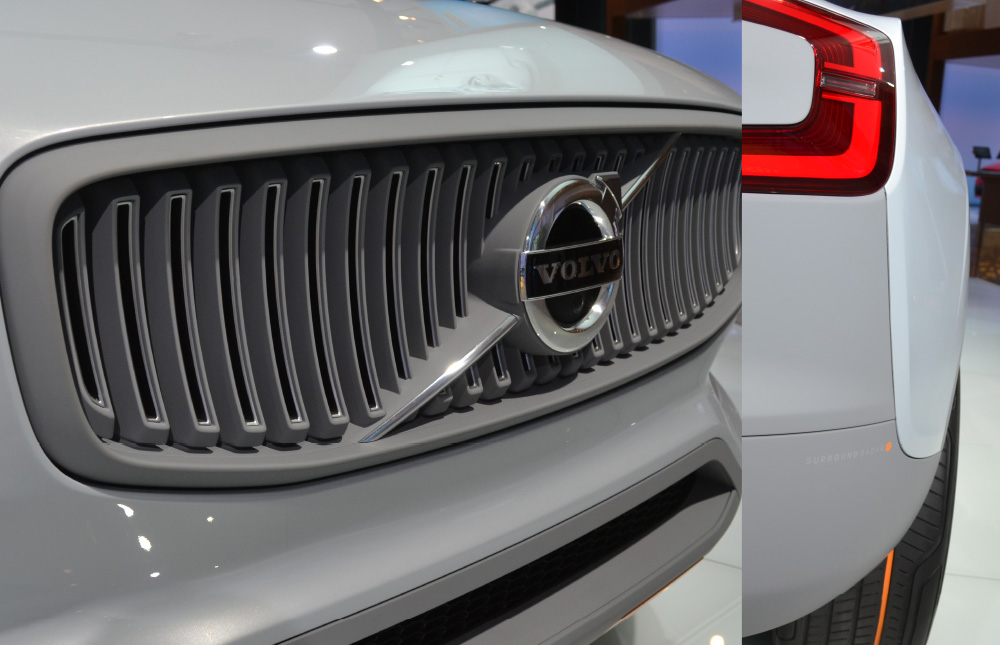 By far my favorite vehicle at the show. It is hard to believe that a Volvo would take my heart but this thing did. I think it’s because it reminds so much of a product. The color blocking is fantastic. I love the almost primer grey with white and then the slightest touches of orange. It reminds me of a sportswear company out of Beaverton. The styling is gorgeous. The proportions are flawless. It blends a level of functionality and fashion and I love it. Let’s hope this thing makes it to production. Oh, and those taillights though!…so seamless and sculptural. Ahhh…. 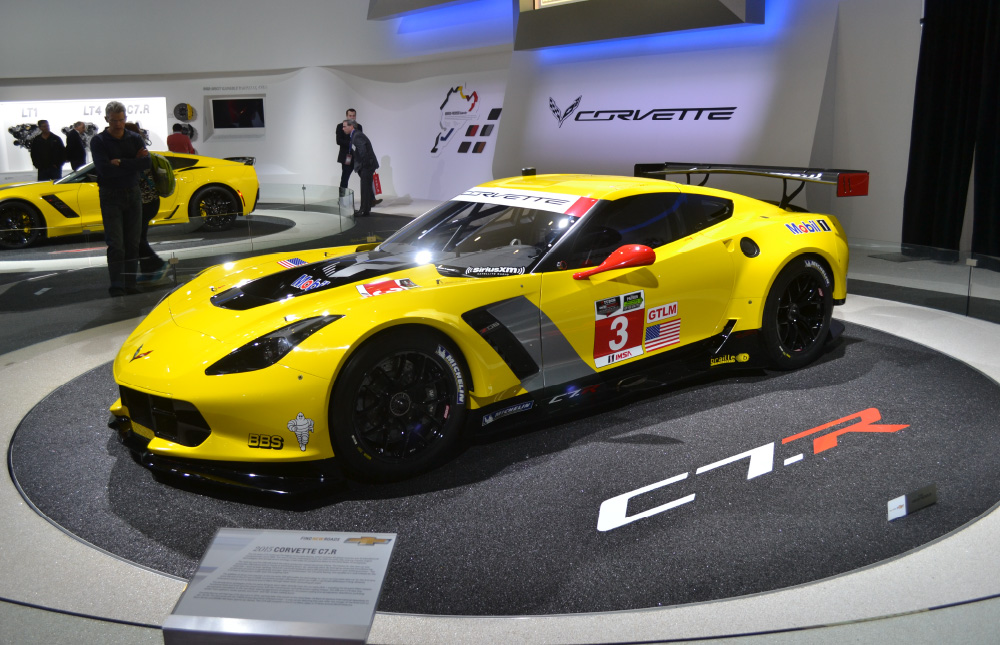 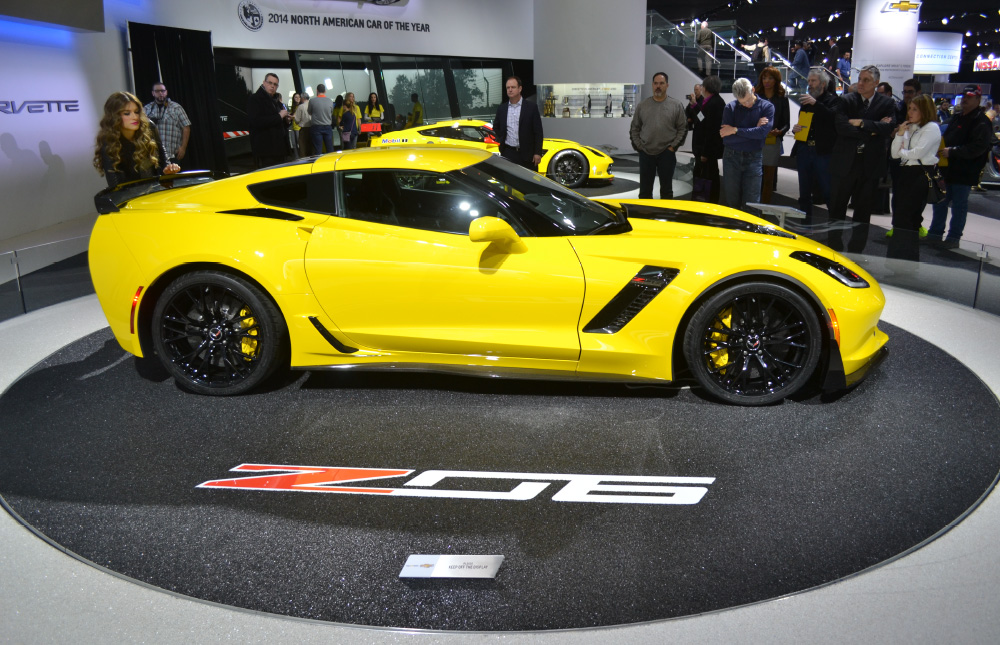 There was nothing more raw and powerful at the show. It is hands down the top supercar there. It use to be watch out Porsche with a great Corvette, now it’s watch out Ferrari. But I’m a little biased…