Last week I made the trek to East Lansing, once again to the Broad Art Museum; to check out Lebbeus Woods, Architect. I had never heard of Lebbeus until I saw this exhibit pop up and I am glad I took the time to learn his work. My personal favorite architect is Zaha Hadid and the fact that she considers him her personal inspiration and favorite architect says a lot. His style was breathtaking. So detailed yet disruptive. In my eyes he took what was comfortable and completely destroyed it and then built around the destruction to make a beautiful space. His views and designs were way ahead of his time. You can clearly see how inspired Zaha was by him in her early work. Her early paintings were damn near the same as Lebbeus’s work and that is not to say she copied him, it is more to say how she was evolving around his thought process. They both focus on creating spaces that form around other spaces, it is very interesting to see the process work that went into developing these spaces.

The best part of the whole show though was that he is from Lansing, MI. Proving that good design and revolutionary thinking can come from anywhere. If you can check out the show in person, it runs until 03/02. Check out my synopsis below of the show. 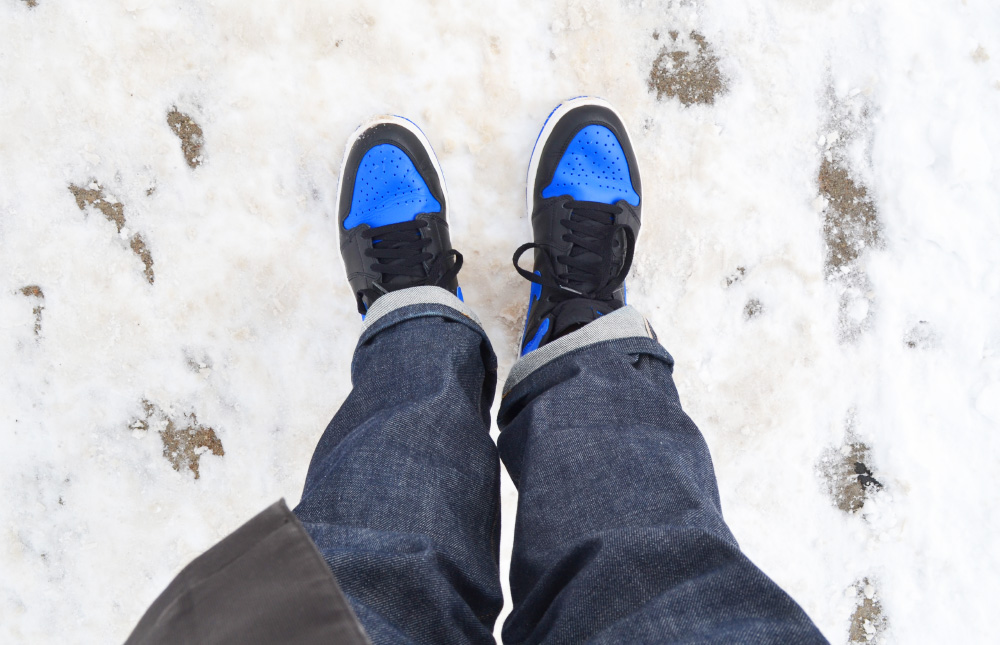 And I can’t even go to the museum without some 1’s thats clean and shirt definitely without a team… Absolutely the only one wearing Jordan 1’s and A.P.C.’s there. #BeenTrill 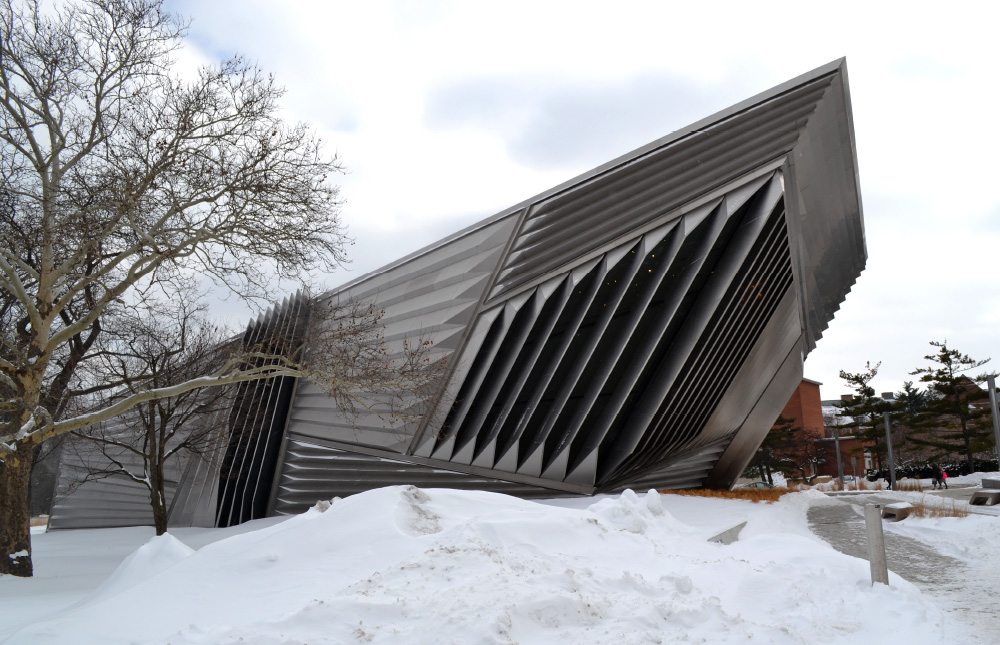 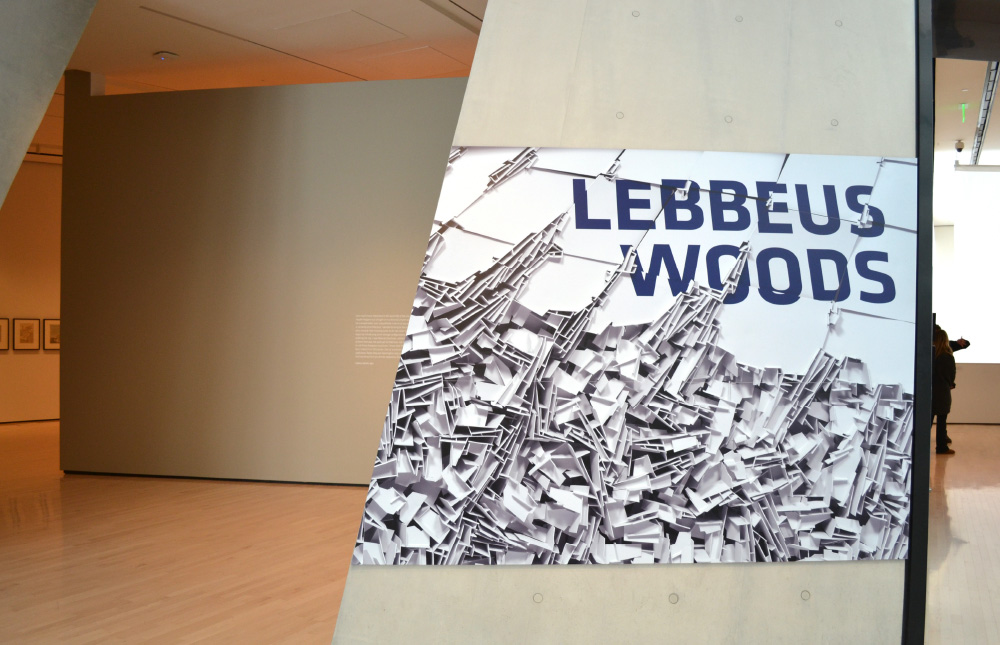 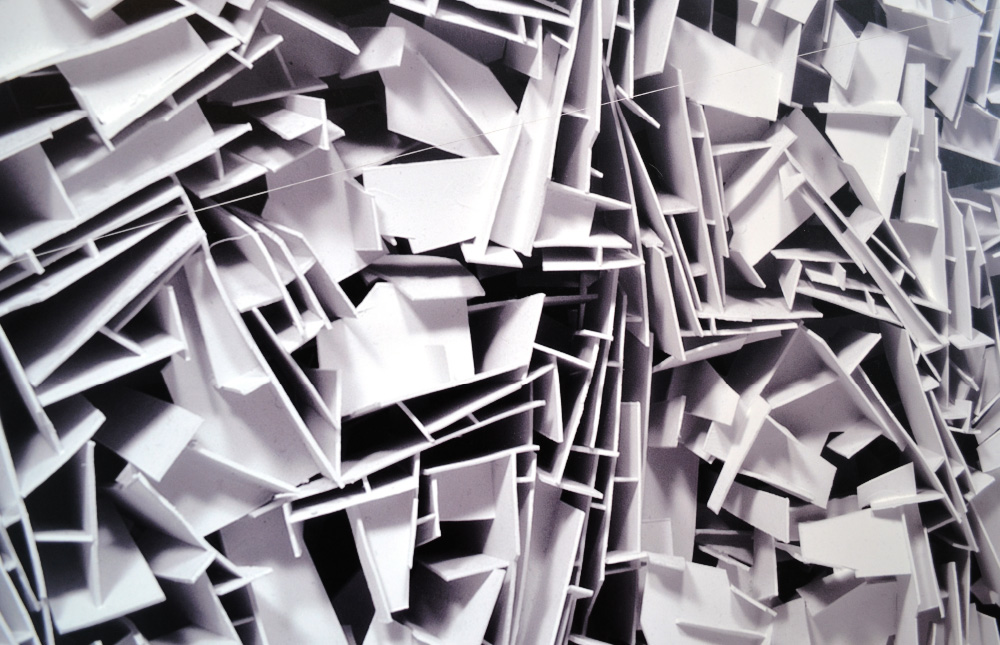 I could have seen this graphic alone and been satisfied with the show. 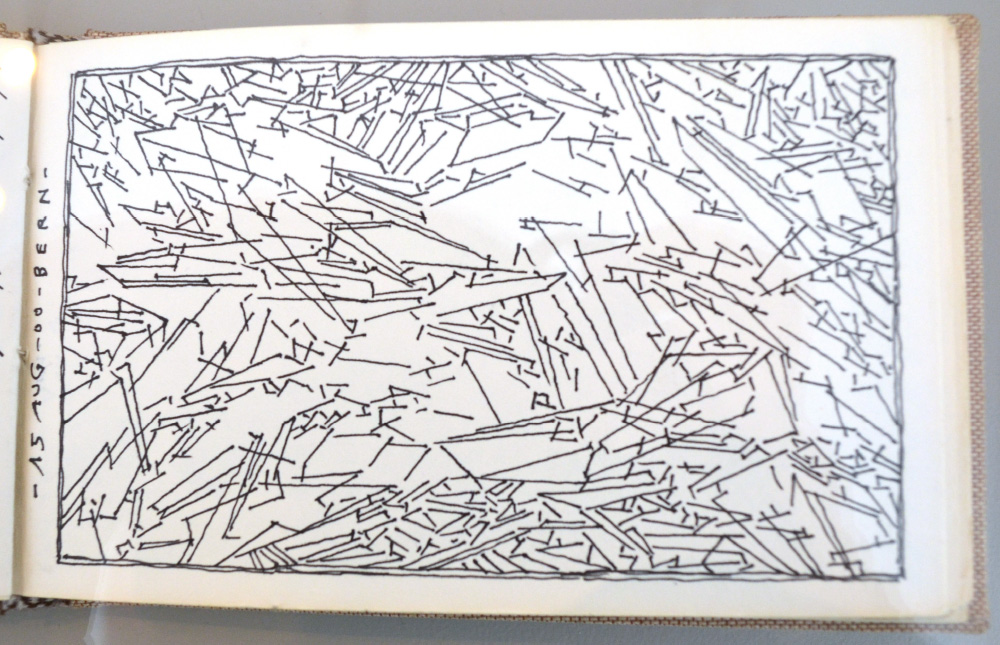 Architectural sketches always intrigue me because they are so deliberate yet loose. You can tell that every line on this page is placed with thought but yet it is still a sketch. 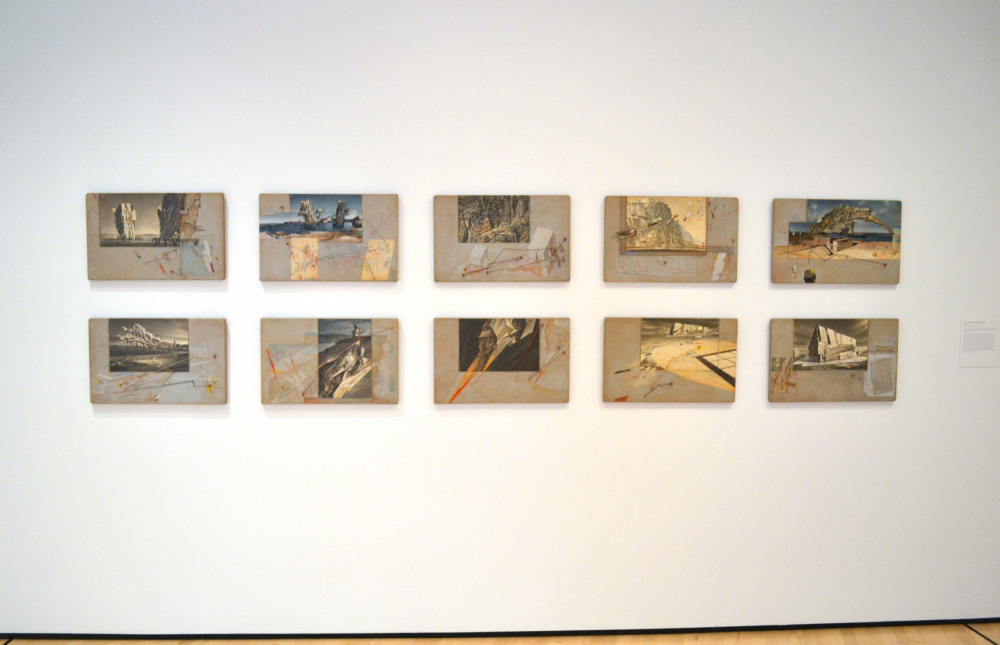 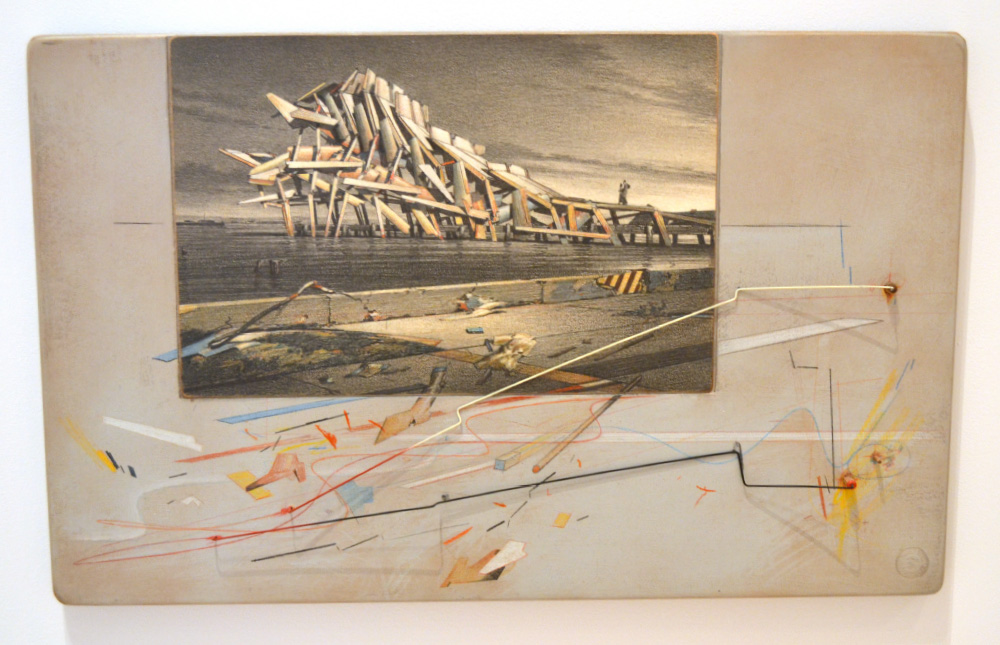 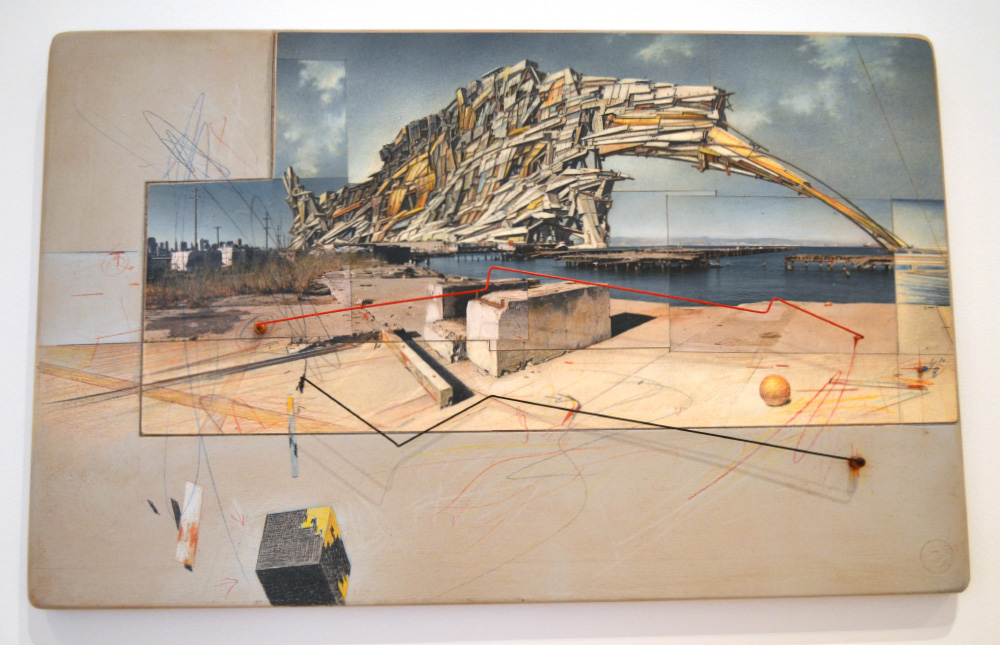 He approached all of his pieces with such thought on the surrounding spaces and how his design would interact with it. His designs were clearly before their time but it was great to see him incorporate them into real life landscapes. It really brought the designs to life. 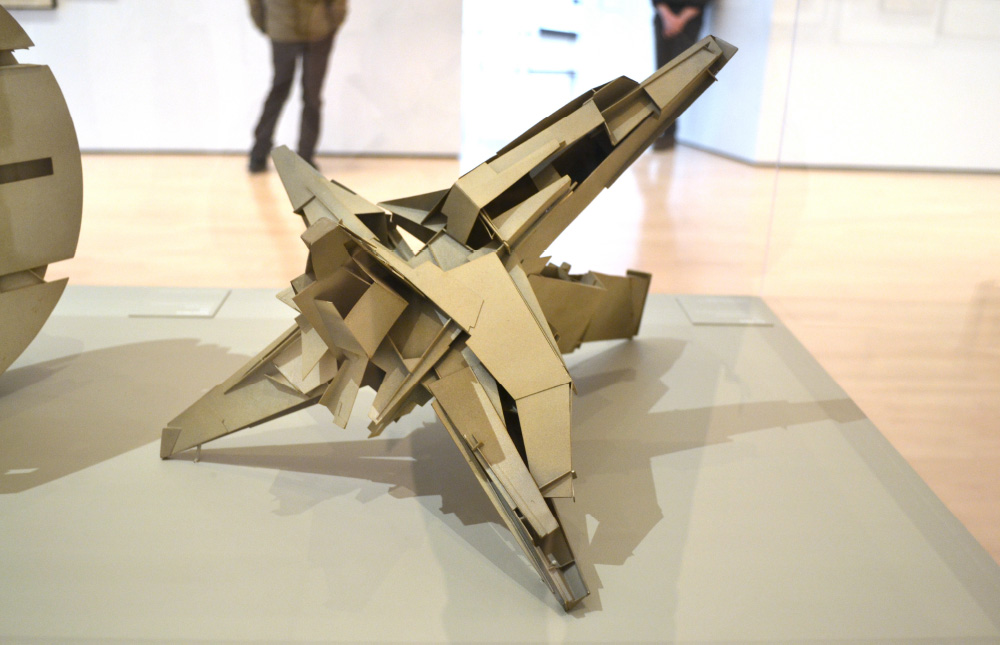 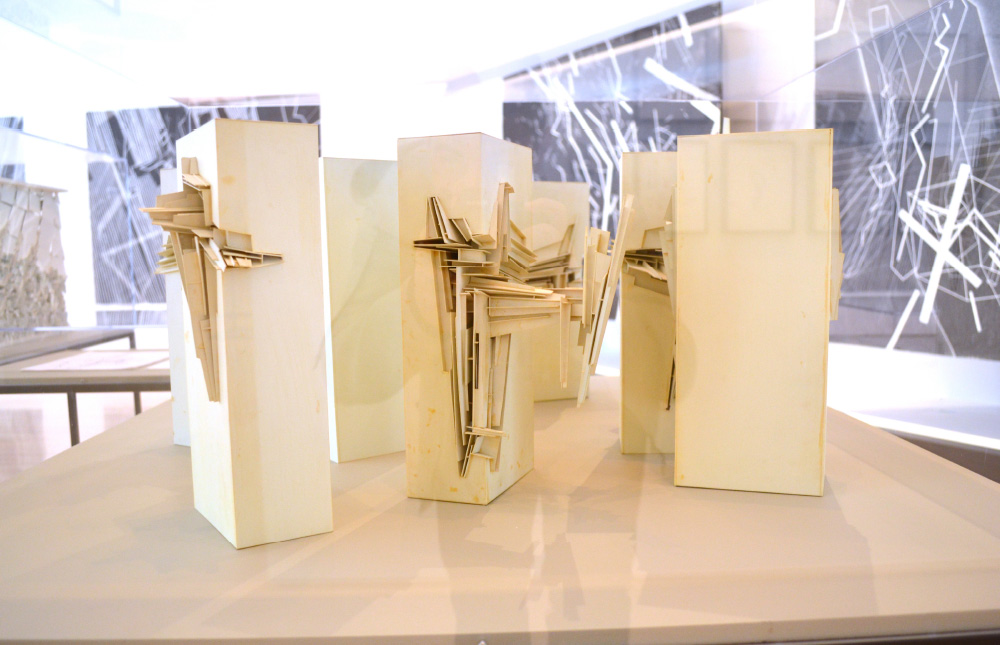 His scale models were incredible. It showed me how to take something that is considered basic and just blow it up to make everyone rethink it. It was interesting to see as you rotated around the models of cities how the focal point would shift. Every building had a disruptive piece but yet they all harmonized well together as a holistic piece. 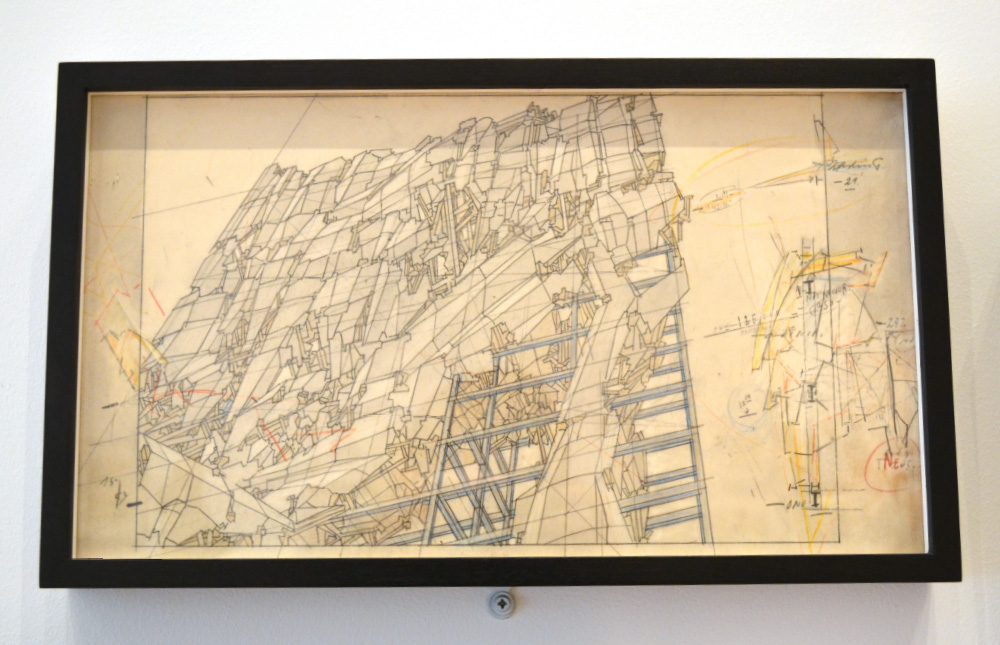 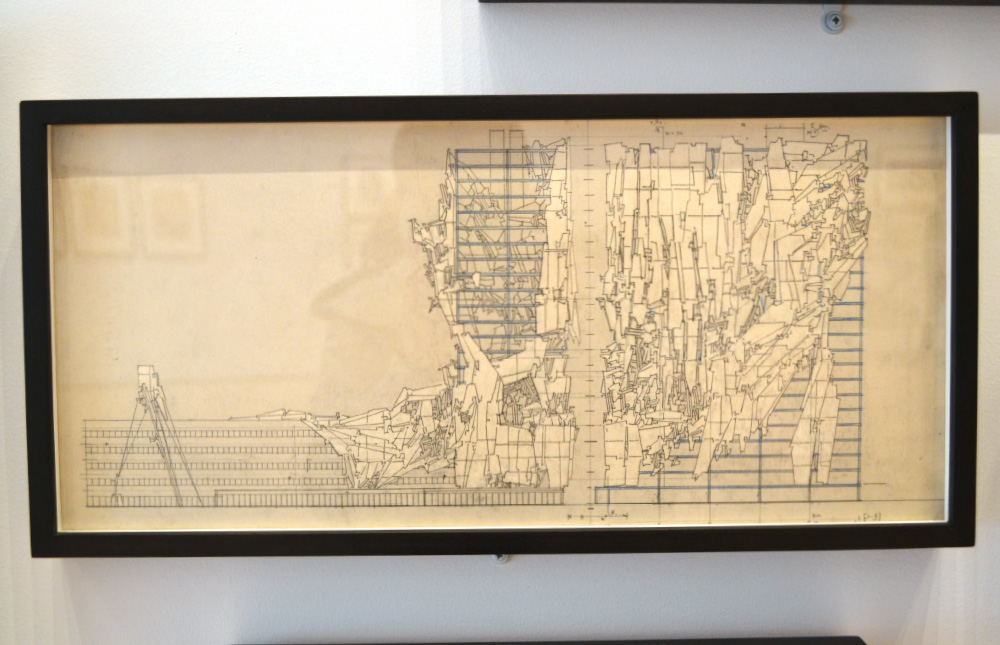 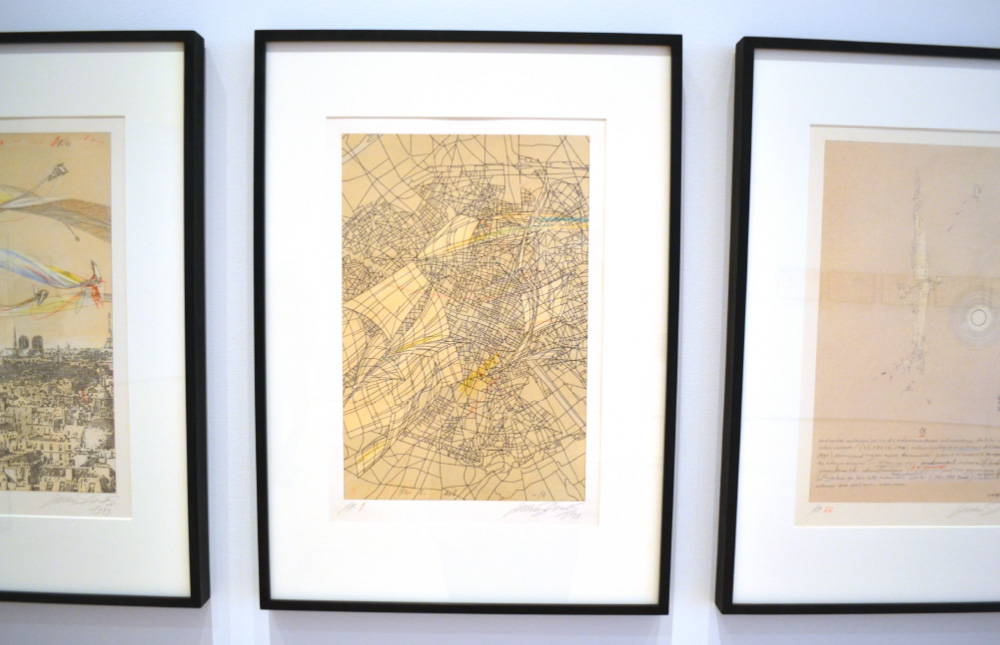 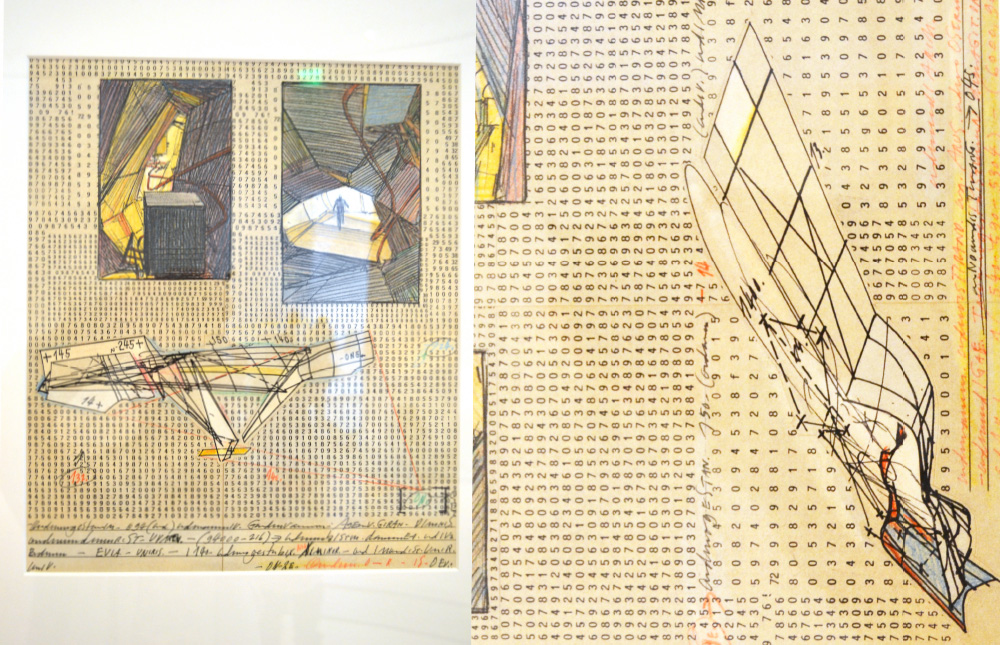 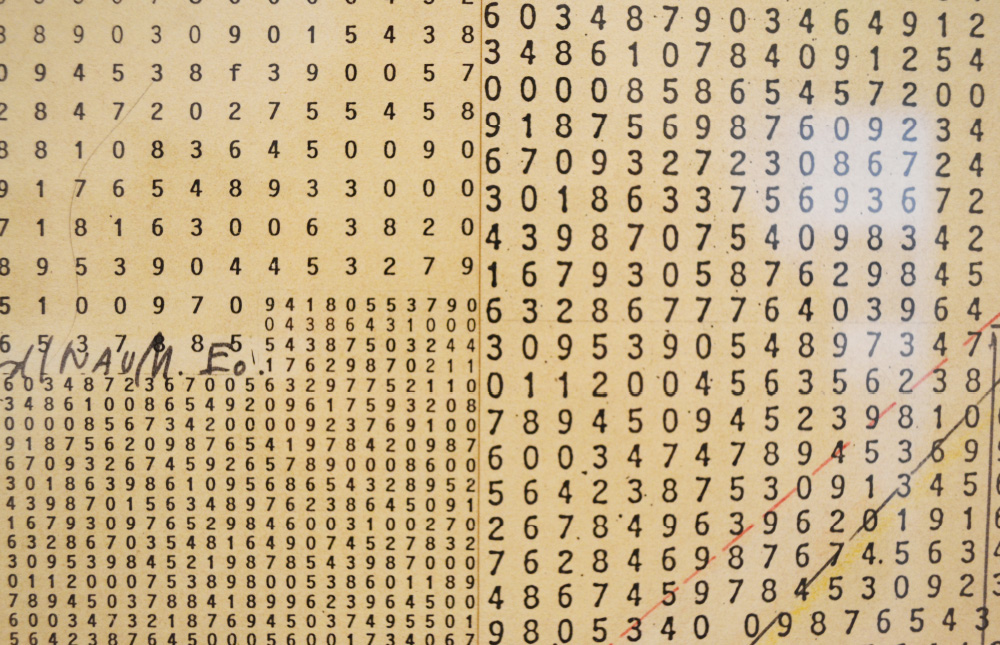 Through out a good portion of his work would be this numeric code. At first I thought he was drawing over the top of some paper he had laying around but as I went deeper into the show it was clear this wasn’t the case. To me it was some sort of message, I have no idea what it meant but it added to every composition it was featured on. Very intriguing to say the least. 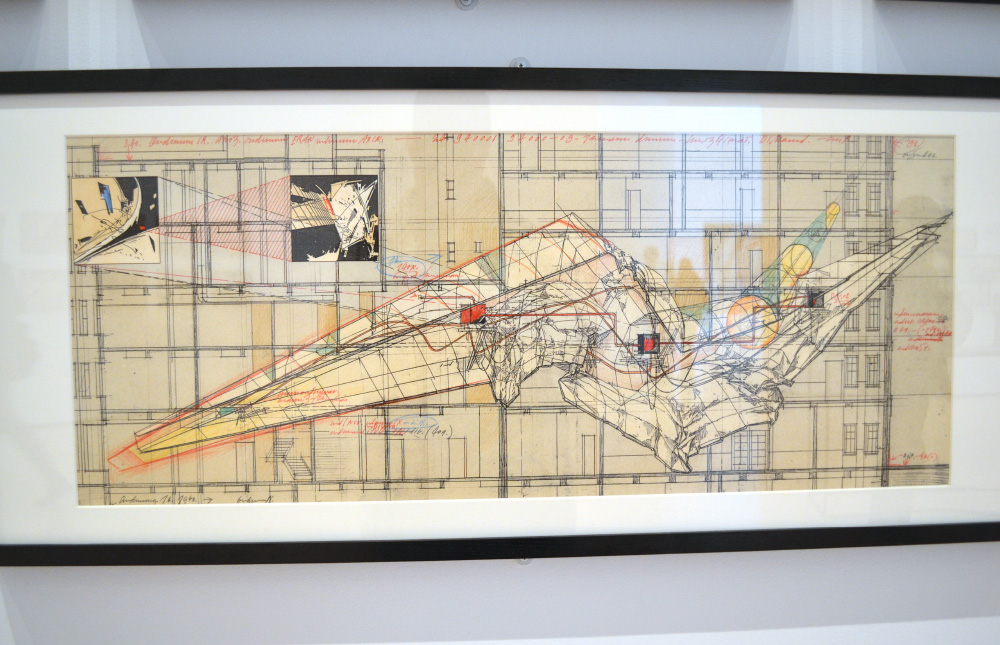 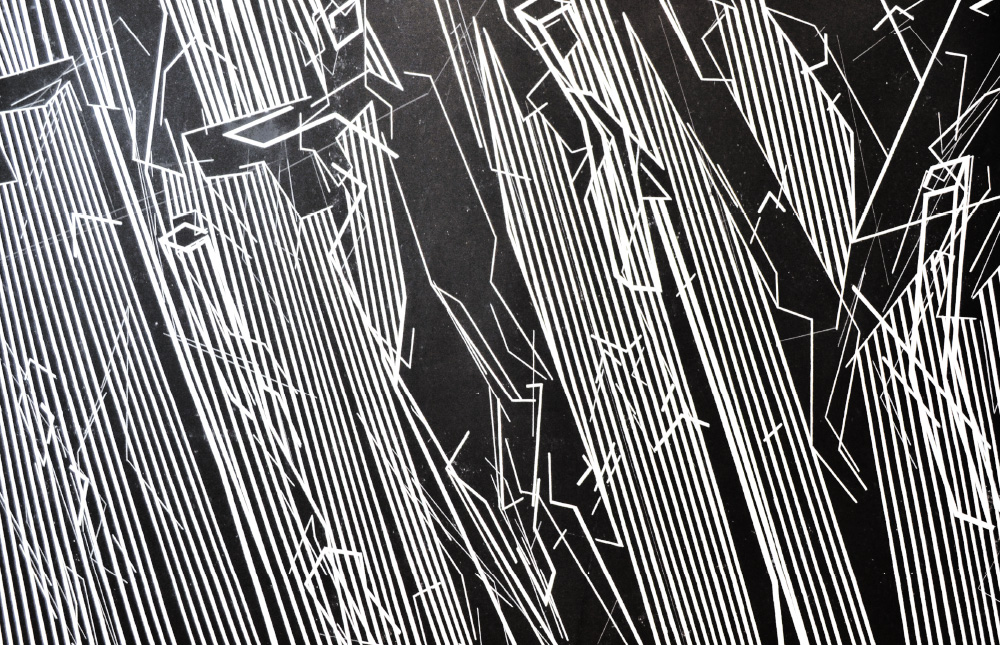 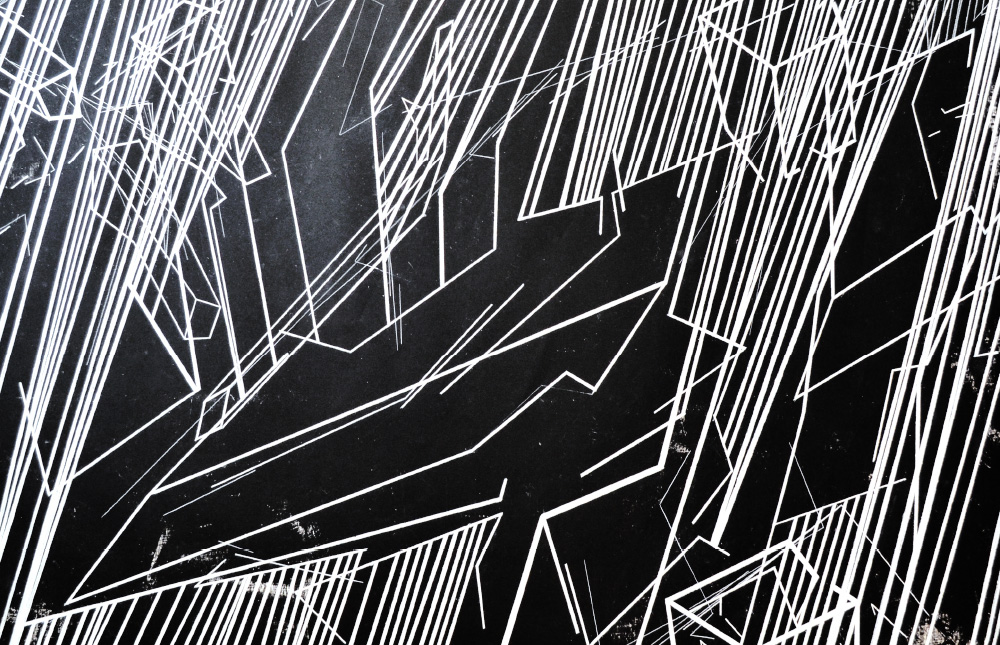 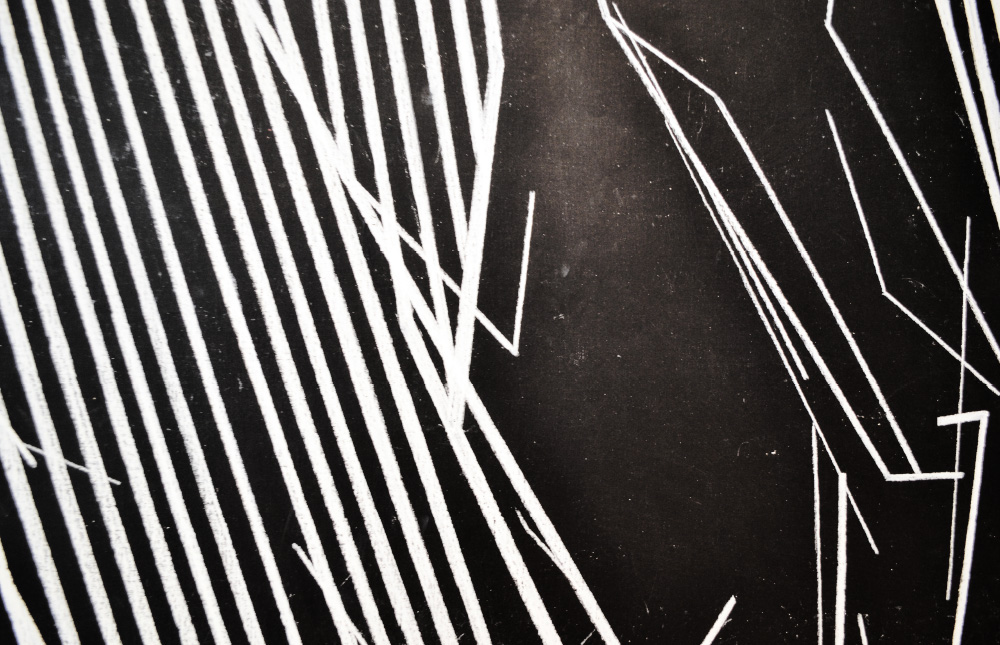 These last three drawings were all with chalk and were at least 8ft x 10ft. And I want all three of them in my office. 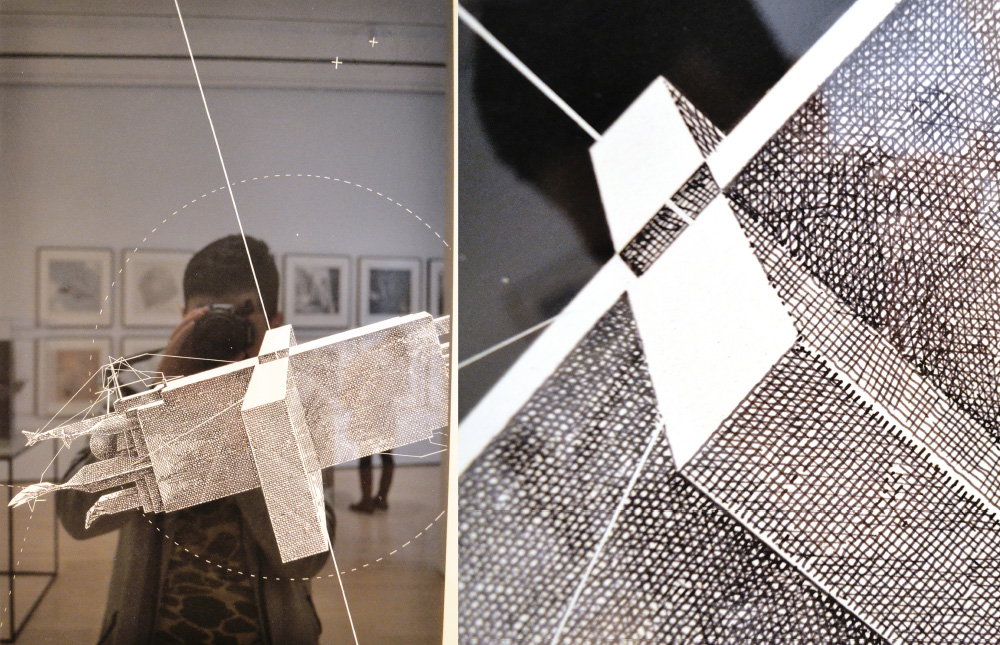 The contrast and precise penmanship of his hatching was inspiring. Especially between the balance of dark and light and the control of the hatching to create the white. The white was so cleanly approached that I thought it may be cut out from another piece of paper and placed on the drawing but I was wrong. He was just that confident with hatching.