As the Nike Free turned 10 this year I took it upon myself to break down each and every shoe that evolved the Free line to its current state. As a part of that series I decided to take a gamble and ideate on what Free would be ten years from now, in 2024. 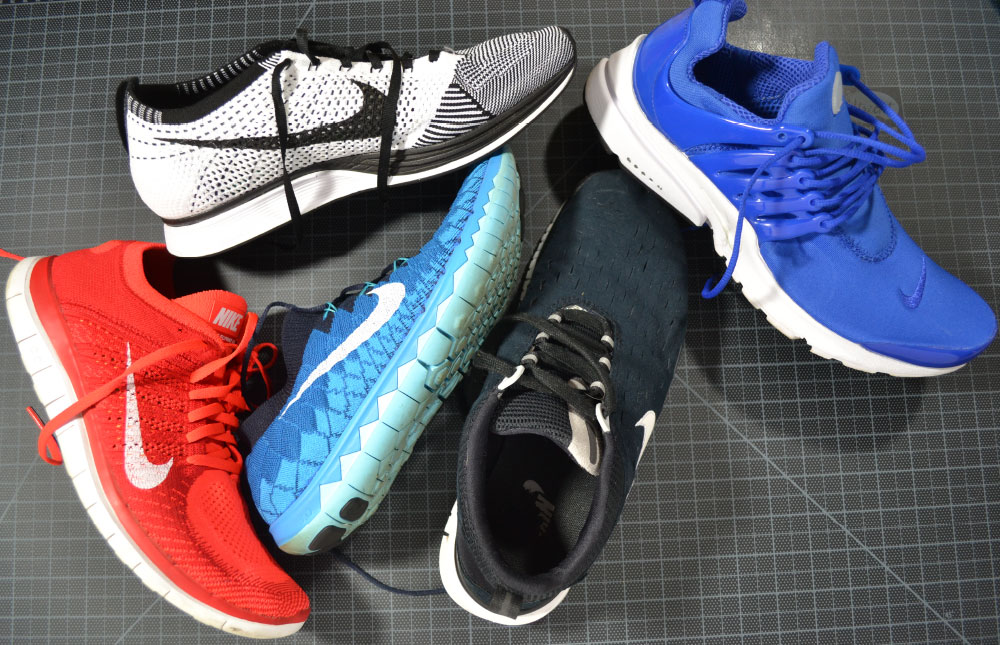 The first thing I did was go through all of the research I did on the predecessors. The one thing that I for surely wanted to stick with was the grid based form language that the line has established for the sole unit. 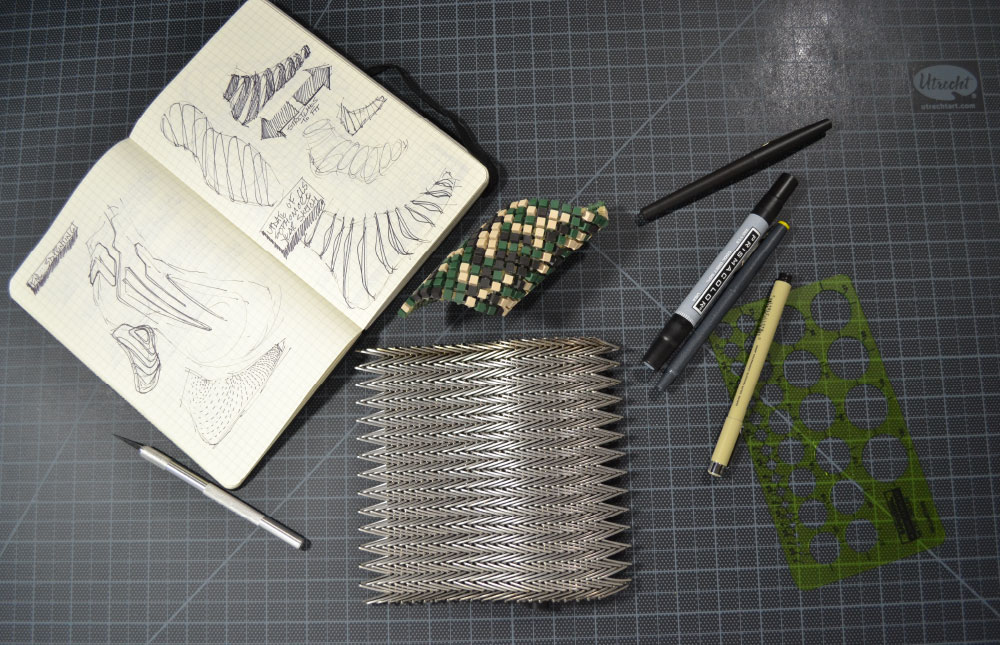 Instead of sketching I started out with material research. My goal was to evolve the grid based midsole I mentioned above by having a connected pattern that was either woven or grown from bonded to a thin layer that allowed each piece to move individually. Thus freeing the foot even more. 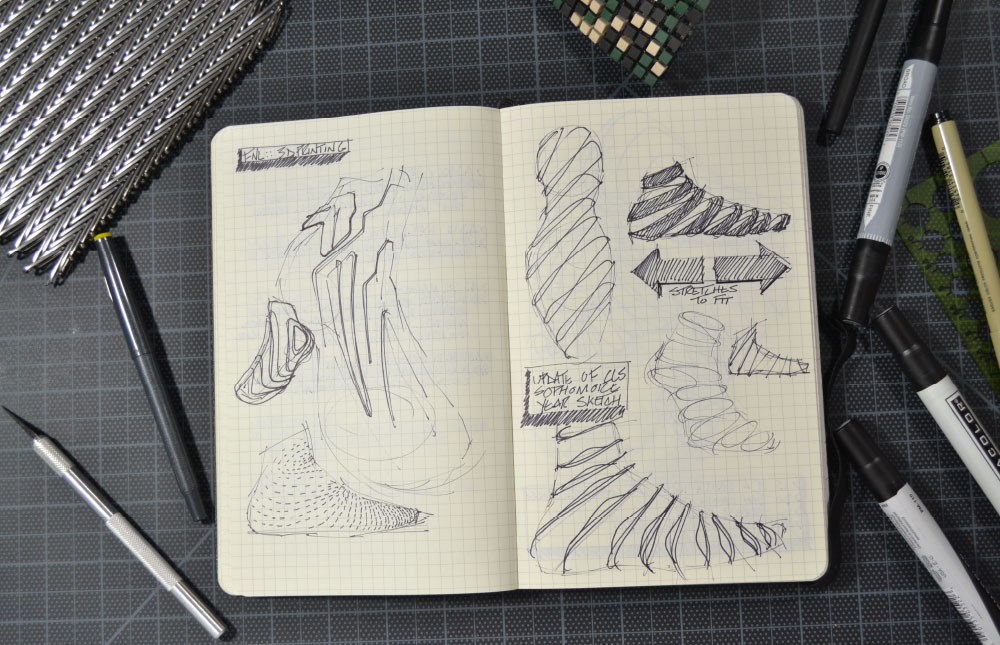 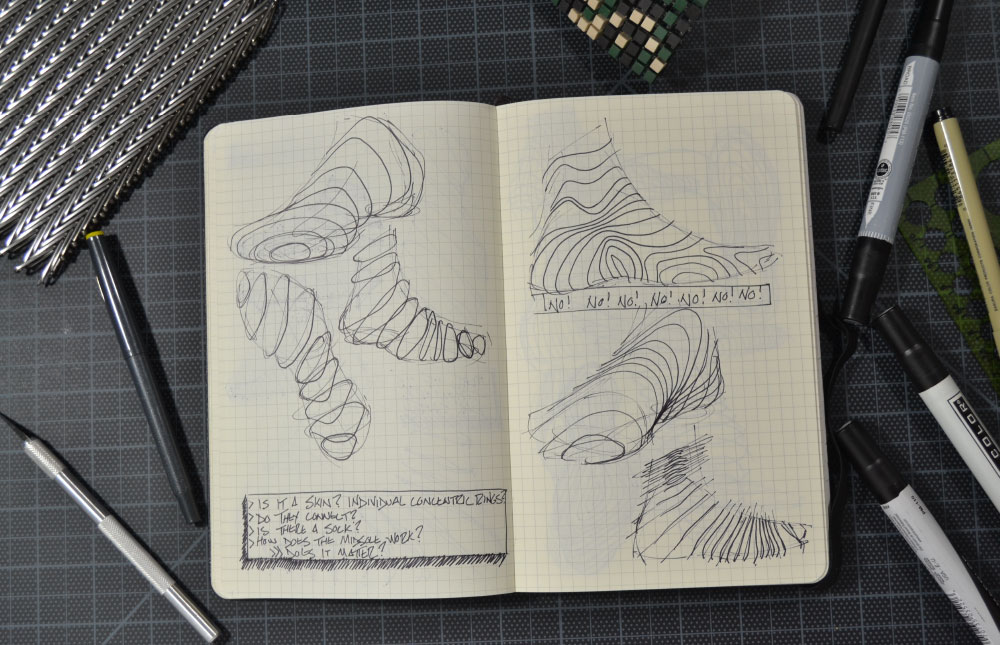 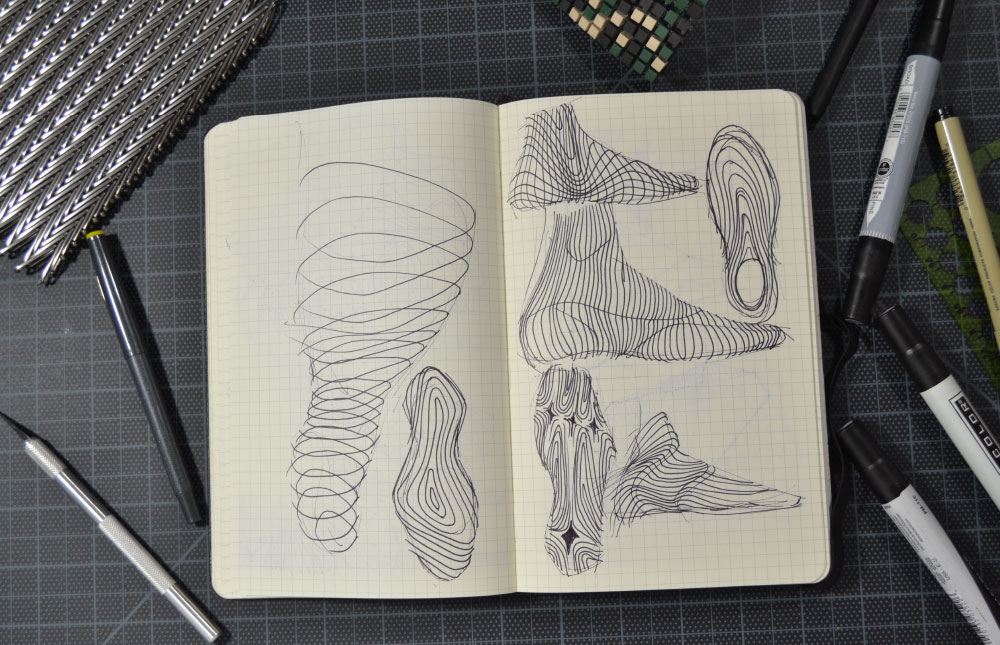 My initial sketches focused heavily on the upper and making it move naturally as I believed at the time the sole unit was established, I was wrong. 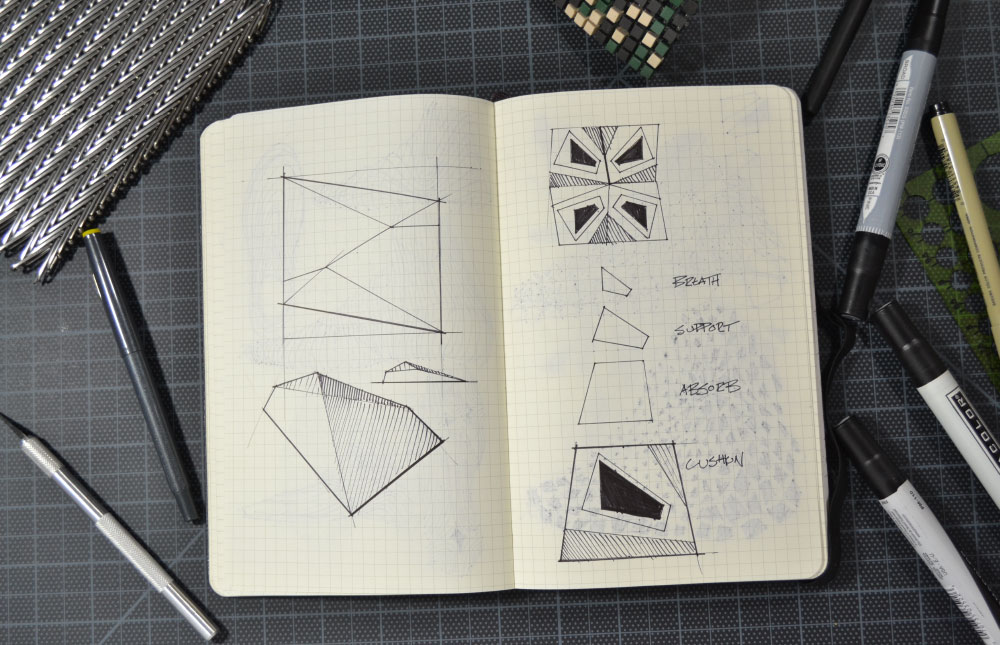 One direction I explored but abandoned was a series of shapes that all worked together tectonically but each individually provided a separate and specific function. One would breath, one would support, one would absorb and one would cushion but all would Free the foot. 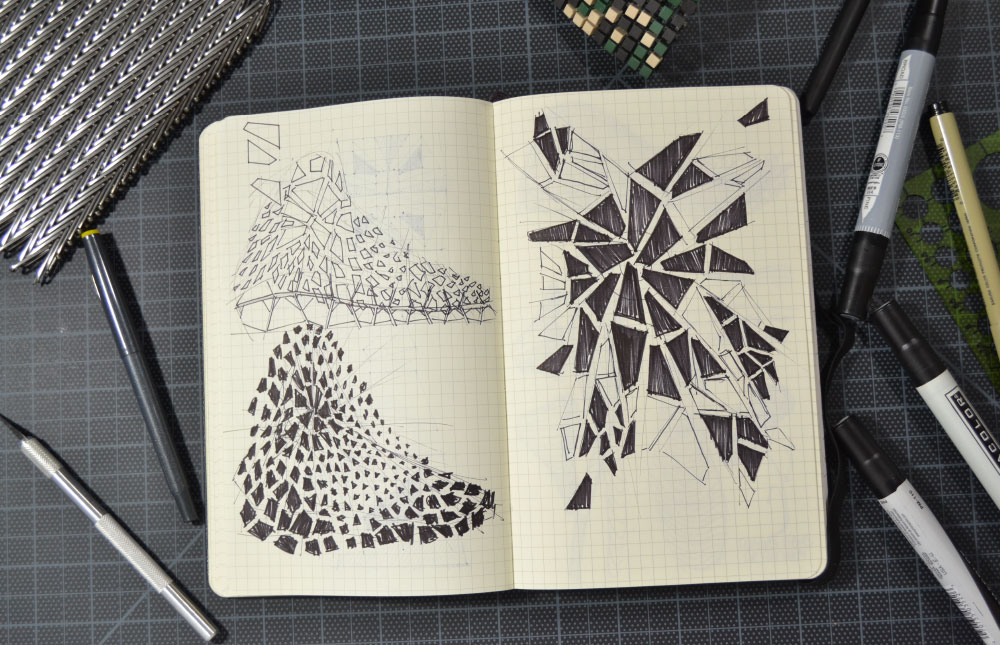 As I continued exploring the shape process, I did a lot of work in Illustrator on this as well, I determined that the idea wasn’t flush enough for Free. It was just too complicated and it was making me take Free in a direction that I thought deterred from the established identity. It confused it in other words. 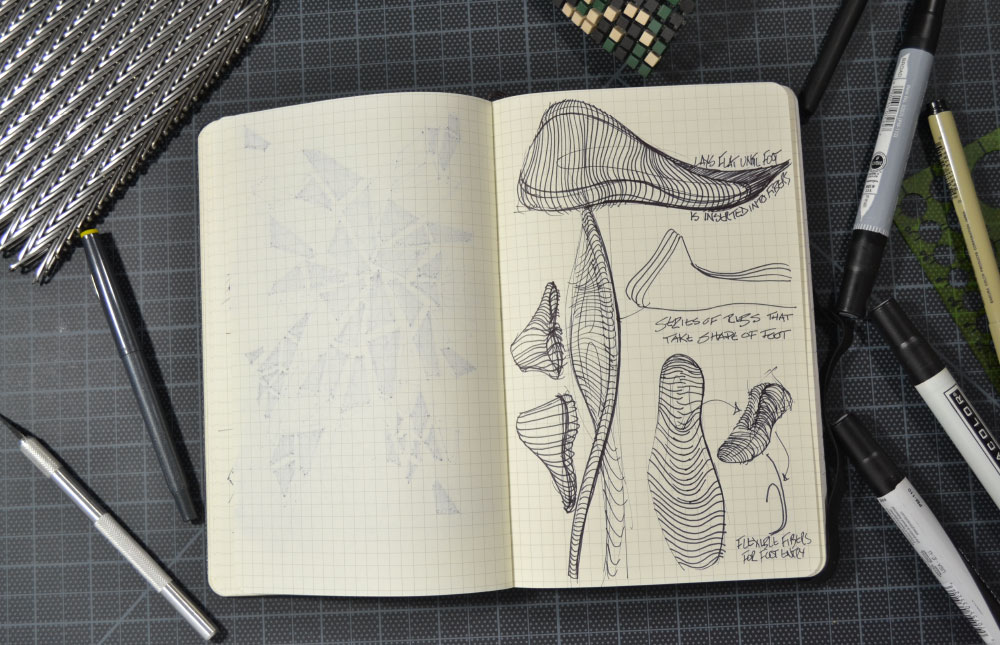 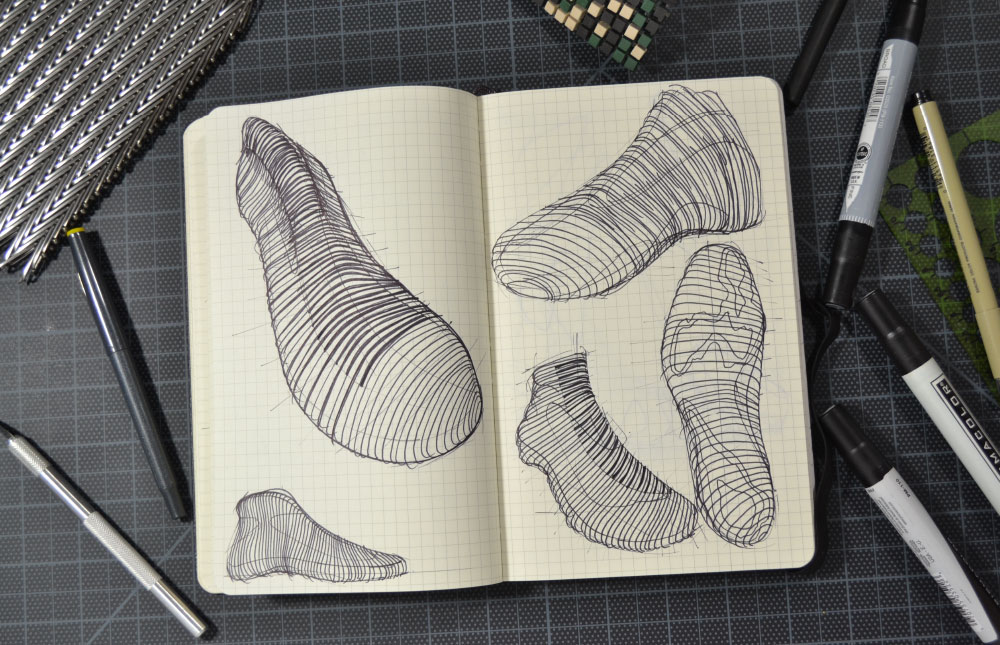 This is a direction that I liked but I will be saving for another project, word to Mr. Bailey. 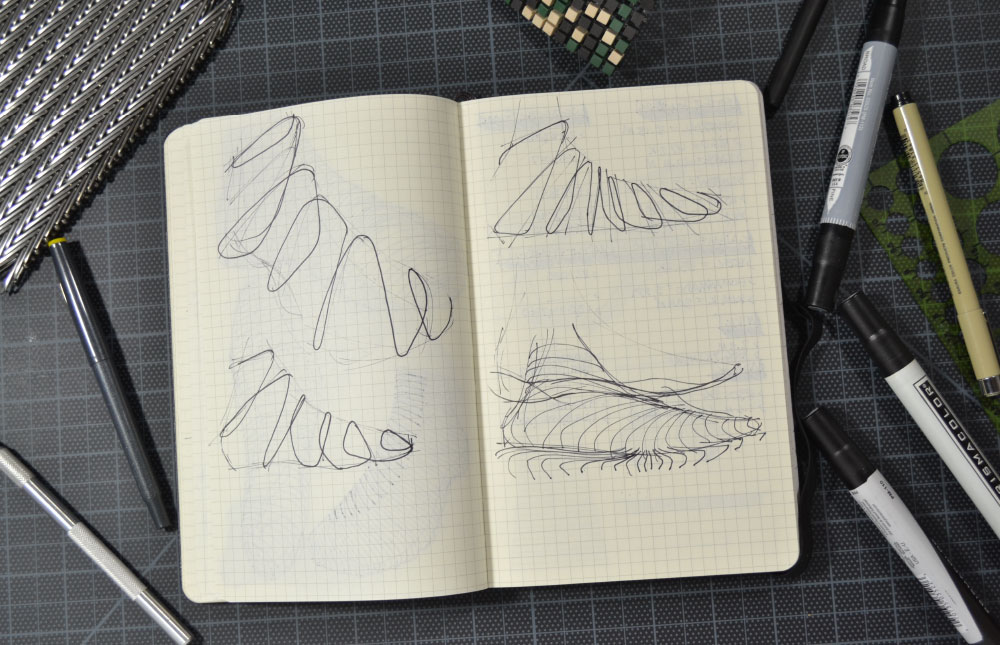 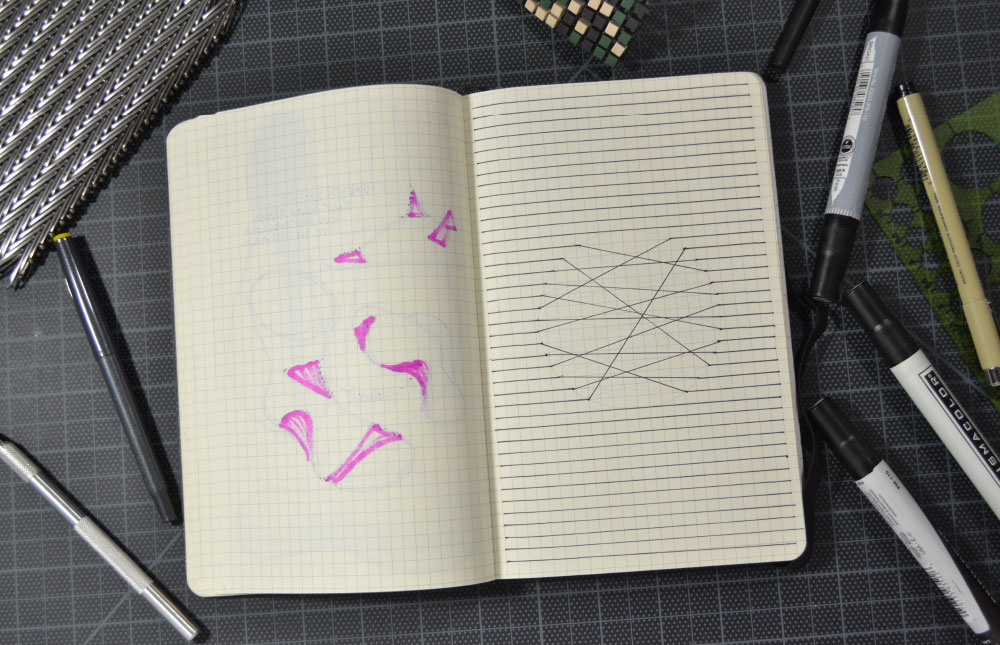 I had to rescope the project because I wasn’t happy with the direction it was going in. It needed firmer groundwork. So I started by taking notes on what I wanted to accomplish and then organize my thoughts to create priorities.

I went back to what I was originally trying to establish an update to the grid based platform.

I was really into and still am, these graphics that were very organized but then became chaotic. It reminded me a lot of running. This idea that your body is going on this path that is so fluid and organized but is really taking a pounding and is in a state of chaos every time it hits the ground. Its kind of beautiful. 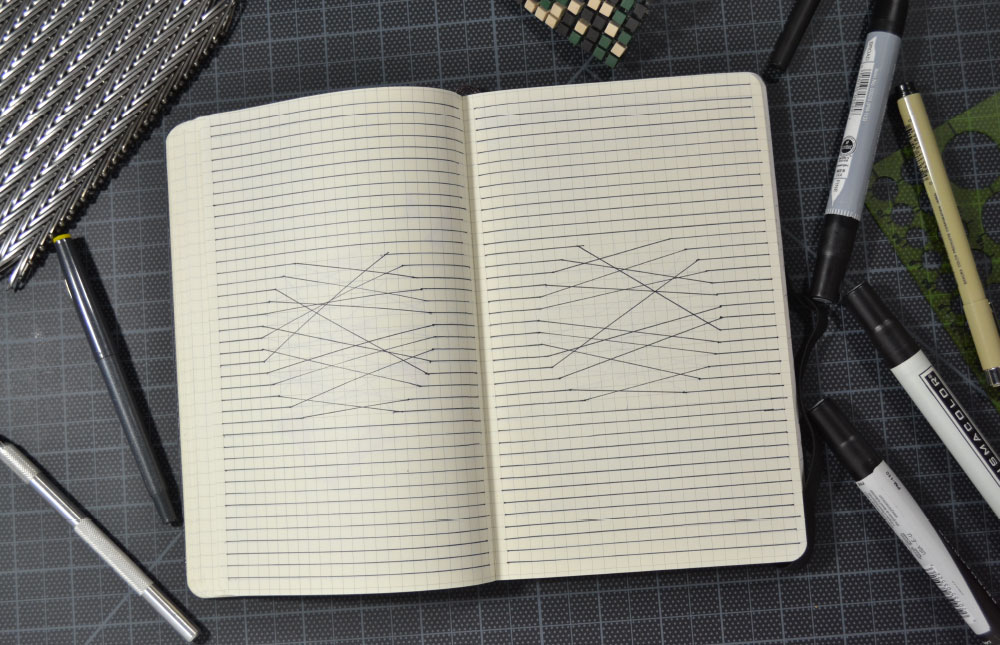 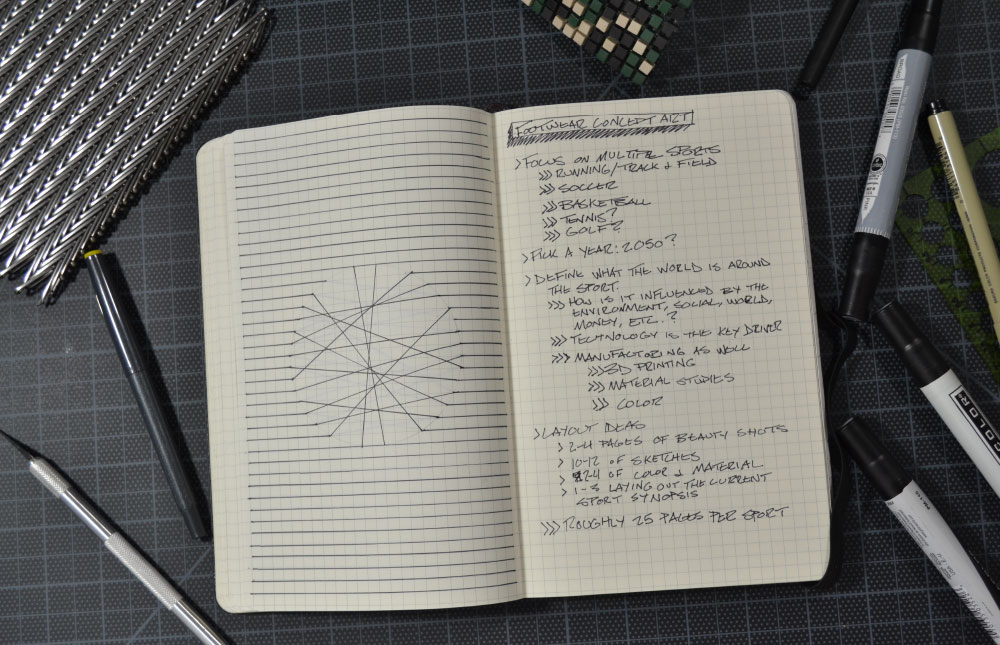 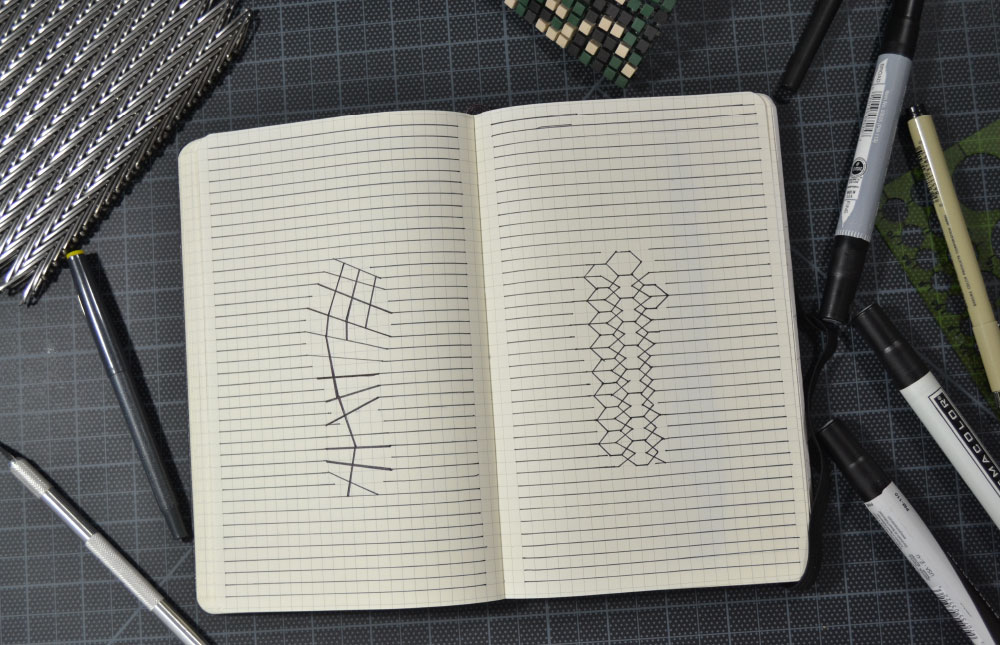 From the graphics I originally drew, I reformed them to look at how Free evolved from 2004 to 2014 in the language I was developing. 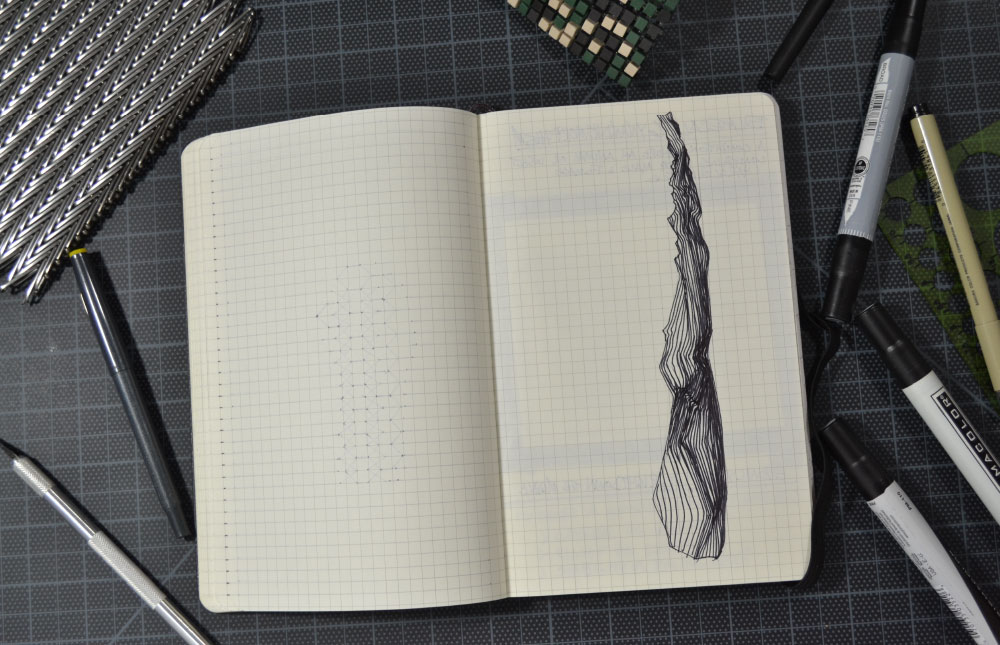 I then applied that same thought process to the side wall. It didn’t work, it just wasn’t a Free. Cool visual though. 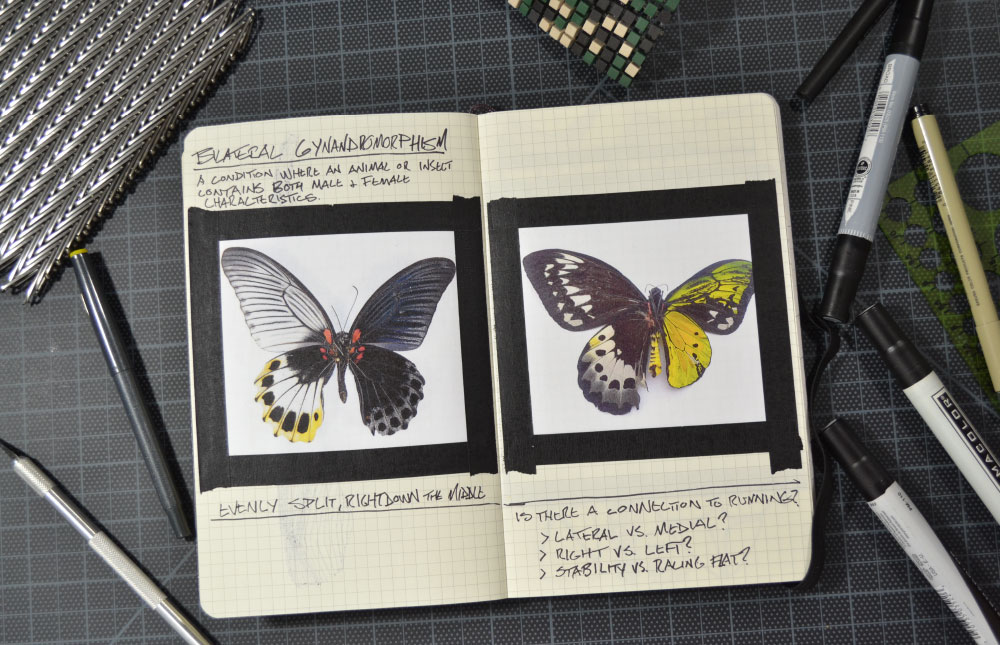 At one point I contemplated doing two separate shoes for each foot. I don’t believe that each foot goes through the same process at the same time. One is launching while the other is stabilizing. So I did some work on a pair of shoes that wasn’t a pair at all. I was inspired by the butterflies you see above. They have Bilateral Gynandromorphism. Basically they are both male and female. Again a beautiful visual. 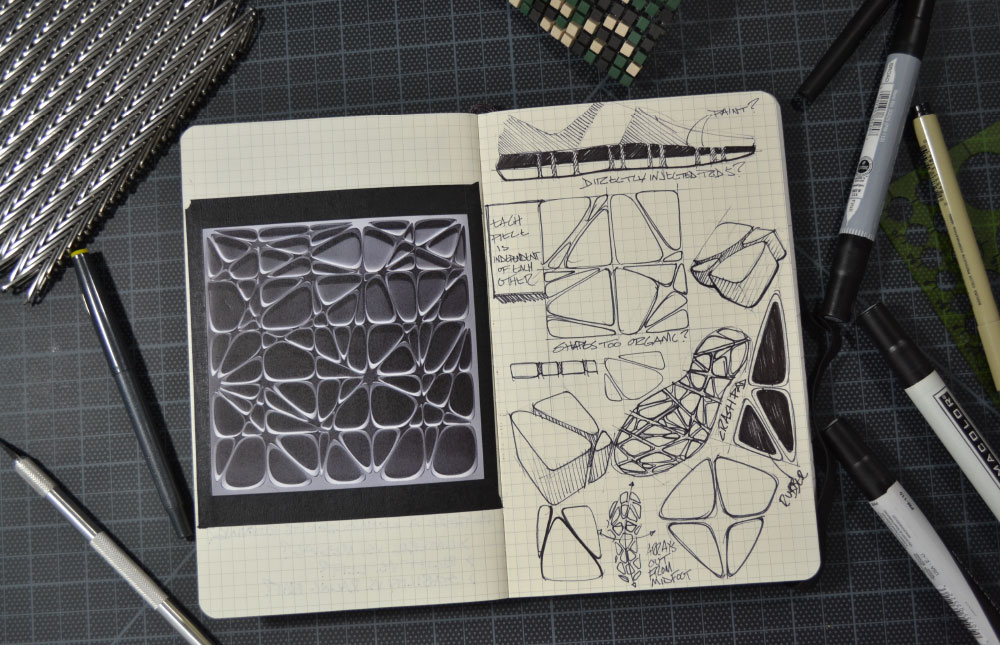 From there I started organizing my grid based design. I explored creating a grid within a grid. Basically Freeing the foot at a micro level by having nodes that interact with each other to allow the midsole to move in any direction as opposed to just north, south, east and west like the current unit. 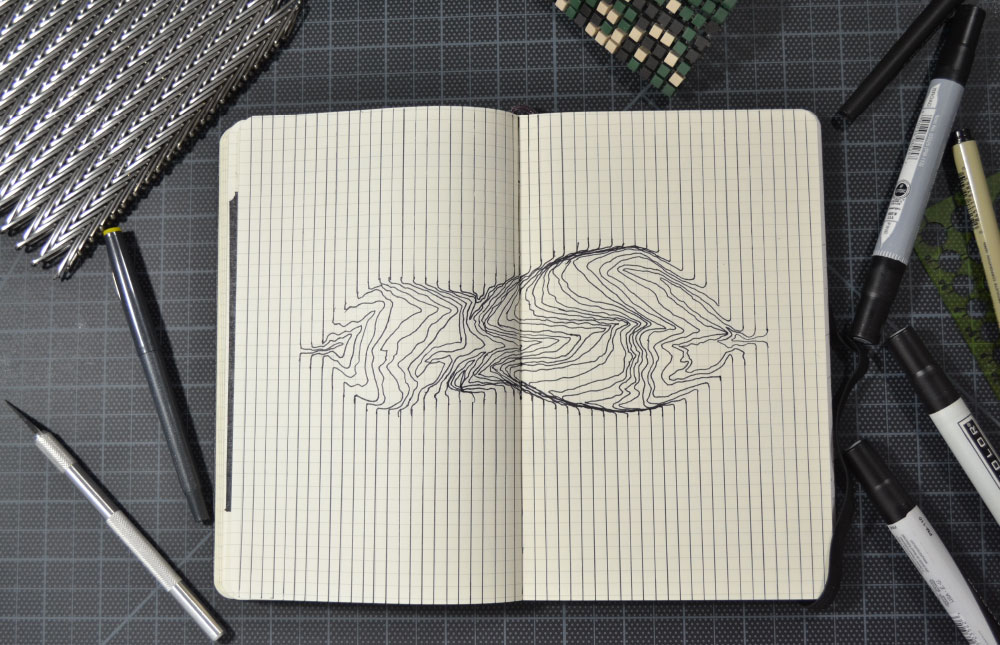 This lead me nowhere but just seemed like fun to do. 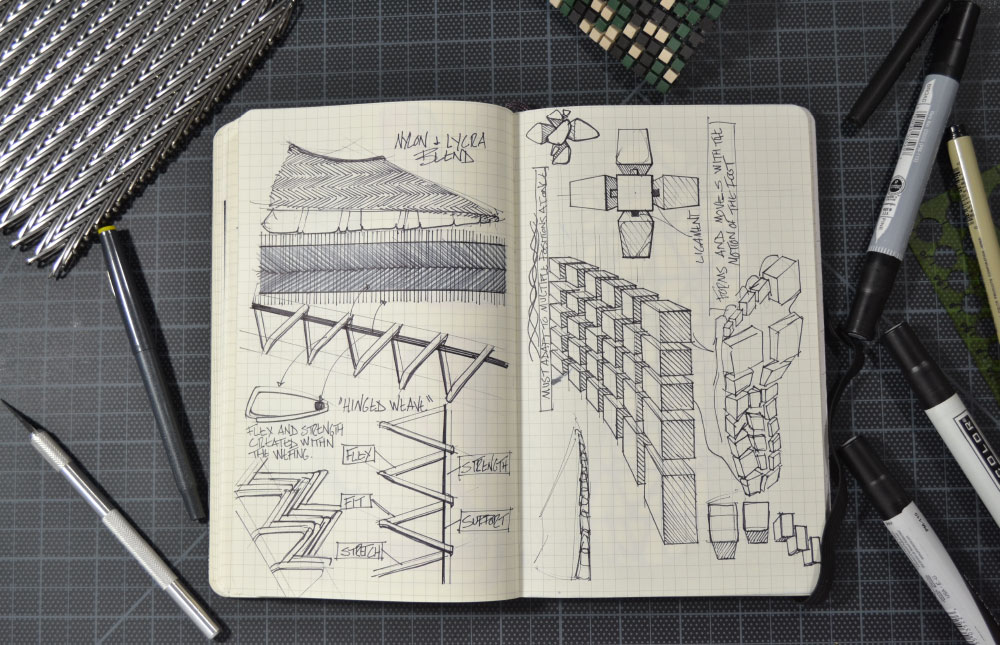 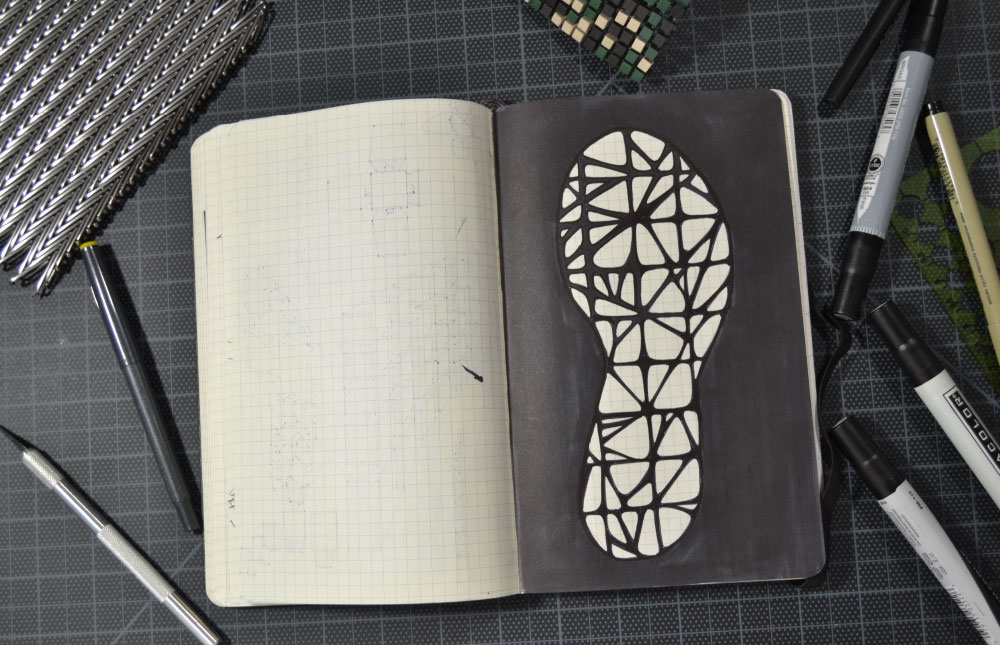 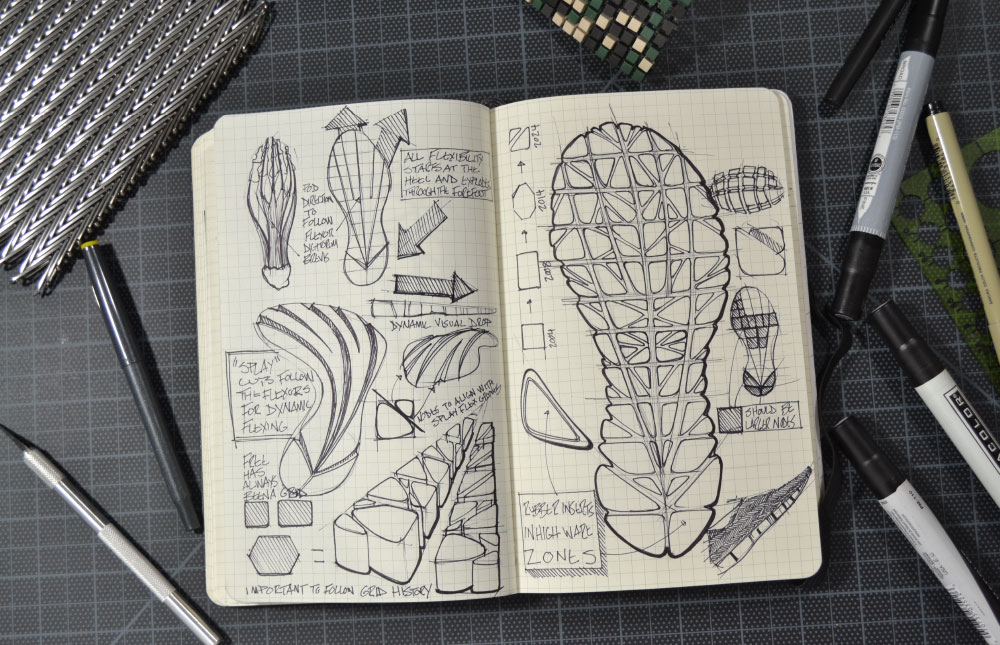 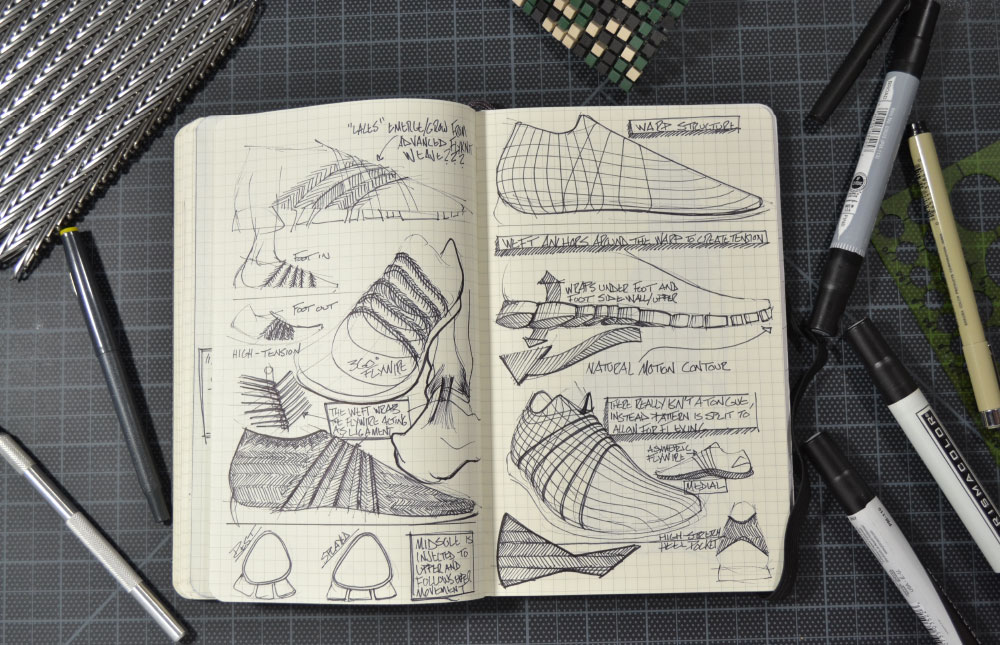 The upper was an expansion of the lower. I wanted it to splay exactly like the sole unit. So I used a FlyKnit base that has warp structural frame and a weft  pattern that allows the upper to flex. The goal was to interlock the warp and weft in a way that you need laces by looping them around a thick band of Flywire.

The Flywire would provide holistic support while the warp and weft structure would be so tightly knitted that they would provide stability by tension. As you ran they would stretch from another naturally as your foot splays. Essentially mimicking tendon and bone. 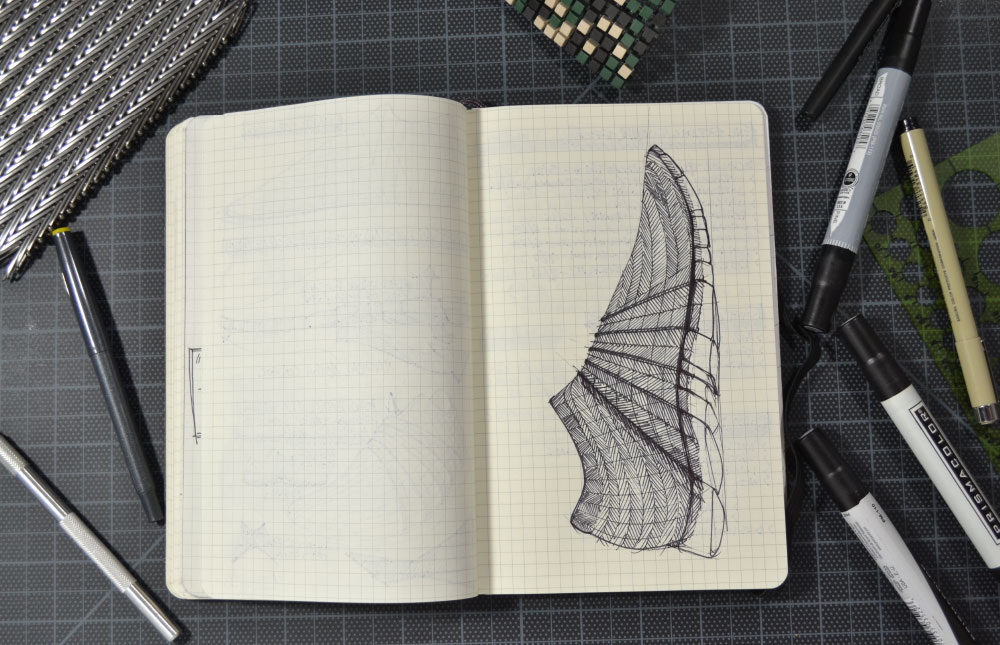 This was the final direction that led to the final rendering.

All in all I was happy with the project. I would change some things if I had more time. But the battle of good design lies in the criteria set forth. If always had more time, I wouldn’t have a finished product because nothing is perfect.

Leave a Reply to david